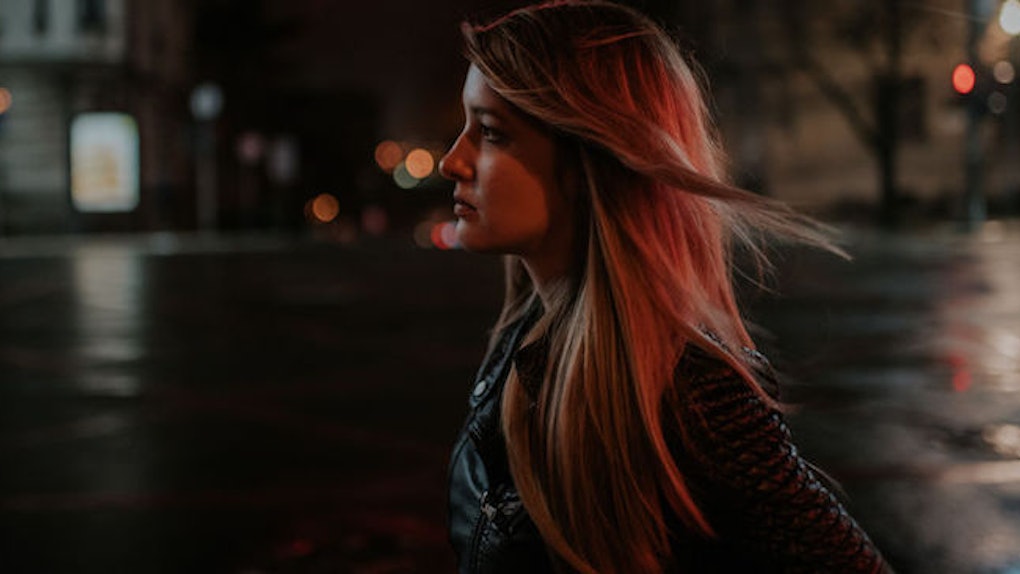 4 Safety Tips For Walking Home At Night In College, According To An Expert

You are on your way home late at night. You're leaving a mixer, or some late-night library studying, or a sports practice. Maybe you're alone, walking in a completely different direction than your friends; maybe you're slightly tipsy from the party; maybe your brain feels fried from hours of studying. It's late and dark. You need safety tips for walking home at night in college.

Luckily, many college campuses offer plenty of resources for students to remain safe on university premises, no matter the time of day. Resources like campus blue light emergency phones, safe rides, and special safety apps are offered at schools across the country, providing assistance to students who may be in danger. I spoke to Captain Leshuan Oliver, the Crime Prevention Community Officer for the Vanderbilt Campus Precinct in Nashville, Tennessee, to learn more about what's available to students across the country.

While it might feel like a drag to study up on safety tips, they're unfortunately important. Twenty-three percent of college women have experienced sexual assault or rape, according to the 2015 Association of American Universities' Climate Survey on Sexual Assault and Sexual Misconduct.

"It's important to remember that sexual assault is always the fault of the perpetrator, and never the victim, but there are some safety tips that you can keep in mind," Sara McGovern, RAINN Press Secretary, told Elite Daily.

Here are some tips that Captain Oliver had to offer to get home safely when walking home at night.

Know the resources your school provides.

Across the country, different university campuses offer a wide range of resources to protect students for situations exactly like walking home late at night. You can check your campus safety website, ask your RA, or stop by the student resource center to inquire about what's available for you.

Oliver says Vanderbilt offers a free app called VandySafe, which provides "virtual walks, watch-a-friend, and an escort service if you're out by yourself." There are also options at other schools like blue light emergency phones and safe ride shuttles that drop students off at dorms.

"Be aware and have a plan," Oliver says. "Move with purpose. That way, you can see any potential dangers, whether environmental dangers or someone that looks suspicious to you, so you can at least go with your gut instinct."

Use the buddy system.

It's much safer to walk around in groups of people rather than alone, Oliver says.

"If one person sees you by yourself, they may try to apprehend you," says Oliver. "But the more people [there are], the less likely a person will come up to you. There's power in numbers. Someone is less likely to attack a group of people as opposed to a lone wolf."

And if you're concerned you don't have a tall and muscular guy friend to walk with you? No worries, Oliver says the genders of the people you walk with doesn't matter.

If you are out drinking beforehand, or know you'll be out late, Oliver suggests that you have a plan in mind to avoid walking home alone. He says try to walk with a group of people instead of walking alone, or taking an Uber, Lyft, cab, or school-provided shuttle ride to get to your destination safely.

Another option if you're in the position to walk home alone is to contact your campus police.

"If you do [walk home alone], it's better to call the police department to make sure you’re safe," Oliver suggests having the campus police on the line to make sure you get home safely. "People don’t think it’s an option, but you can call [campus] police offers and say you’ve had too much [to drink]."

There are plenty of resources at your disposal. So get a quick refresher, or learn from scratch by looking into the safety measures your own school provides for situations just like walking home at night.