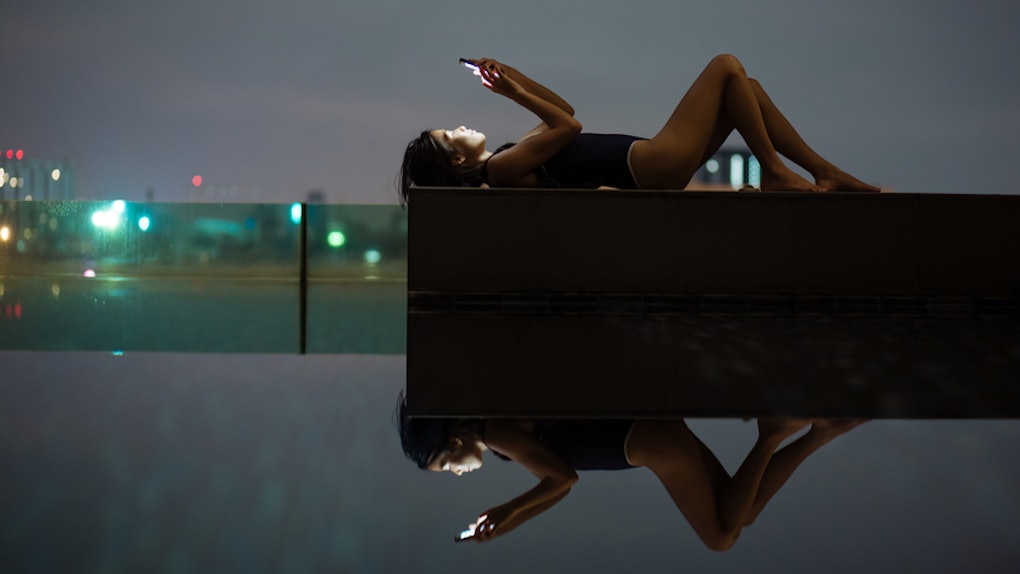 The anticipation leading up to a first date can be pretty intense, especially when it's with someone you see definite relationship potential in. But before you get your hopes up, don't waste your time with a total scrub. Keep your antennas high and don't ignore some pretty big red flags before the first date that might signal this person won't be the best first date of your life.

Maya Angelou, one of the wisest women to ever walk the face of the Earth, wasn't playin' when she said some of her most famous words of wisdom: "When people show you who they are, believe them." Truer words have never been spoken. y'all. Of course, there is a limited amount of information you can truly know about a person without meeting them in real life, but even so, sometimes, being aware of some behavioral red flags can save you a lot of trouble down the line.

The ability to connect with a virtually endless amount of like-minded singles is an amazing thing that would be pretty much impossible without dating apps. There are so, so many fish in the sea at your disposal, which means there's pretty much no reason you need to tolerate any pre-first-date sketchiness. If an upcoming date is displaying some of the following behaviors, you may want to rethink whether or not they truly are worth the time.

1. They're Awful About Communicating

Texting habits say a lot. If their messaging habits lack consistently, and they often dip out of conversations without a closer, or they straight up don't respond to you, then this is a sign that their interest level may be lower than it should be. It's totally possible that this person is just a bad texter, or that meeting in the flesh could change that, but it might not.

"When someone doesn’t respond in a timely manner, and disappears during the text layer of the relationship, they create a lot of anxiety and hurt feelings," relationship and etiquette expert April Masini, of Relationship Advice Forum, told Elite Daily. And at start dating, this is the opposite of how someone who's genuinely interested in you should be acting.

2. Their Texts Are Overtly Sexual

I will never understand why some people think it's totally OK to send lewd messages before you've even met them. Don't get me wrong: It's exciting to have the opportunity to have some sexy fun with someone new, but a pretty surefire way of ensuring that doesn't happen is to send texts that make someone uncomfortable very early on. It's pretty safe to assume anyone sending explicit messages before you've met has probably only has one thing on their mind, and it's probably not going to be building a genuine connection with you.

3. They've Flaked Out On Plans Before

"No matter how busy someone is, [they'll] make time for you if [they] really want to see you," relationship expert James Preece told Elite Daily. Few things are as irredeemable as consistent flakiness. I get it. We've all been the one to bail on plans, but think about the times that you did, when you didn't actually have a valid excuse. It was probably because — as difficult as it can be to admit — those plans weren't something you really cared about or were looking forward to all that much.

Sh*t happens, though. Sometimes, things really do come up. But these true emergencies are usually few and far between. A good rule of thumb is, if they've flaked once before, but made an effort to immediately reschedule, and you're really vibe-ing via text, then a second chance might not be the worst thing. But if they've flaked more than once, then it's a no-go.

4. Your Online Snooping Raises Some Questions

Look, just about everyone snoops before a first date, typically in the form of social media creeping and/or some hearty googling to get a better idea of what you're in for. It should go without saying that if anything remotely questionable comes up, it's time to seriously reconsider if going out with them is a good idea.

I straight up googled a dude I connected with on a dating app, whom I was so into, and I kid you not, it turns out, he was going through a pending police investigation for disorderly conduct. However, some further snooping uncovered that the reason for his run-in with the law was actually activism for a cause I happened to be super passionate about as well. Honestly, I was actually pretty impressed by his fearlessness, so I went through with the date. But my point is, it's never a bad idea to google, google, and google again.

If you're dating around and don't mind hooking up with a person who might end up being a dud, then it's probably OK to give them the benefit of the doubt. But if you want a relationship, then keep your eye out for these red flags, and don't allow yourself to get jerked around.