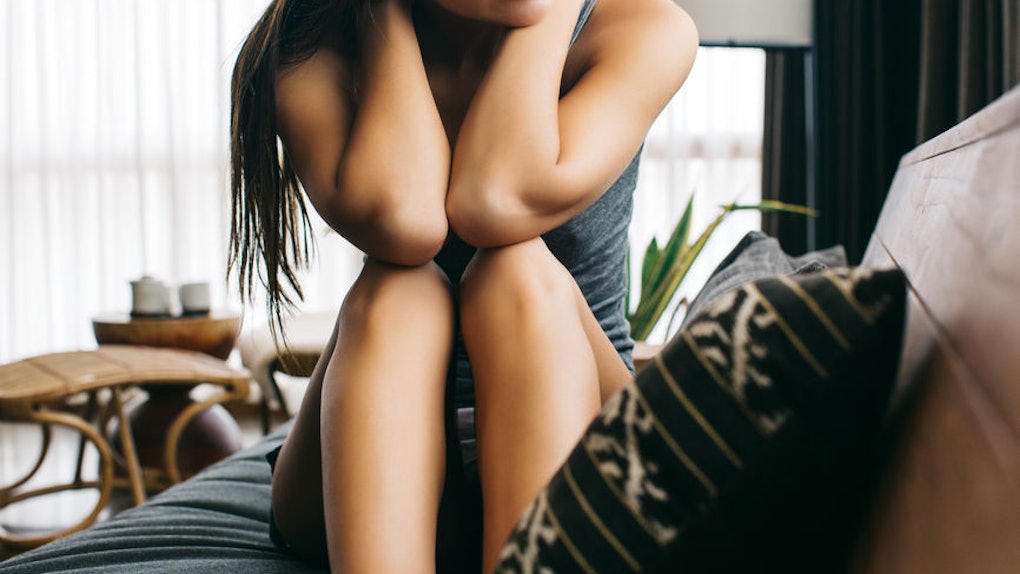 4 Reasons Why Your Birth Control Can Fail, Because No Method Is Completely Foolproof

If I’ve learned anything so far in my 27 years on this Earth, it’s this: Nothing in life is guaranteed — especially the effectiveness of birth control. Not that that’s anything you didn’t already know, seeing as how the only surefire way to prevent pregnancy is celibacy, but did you also know there’s a list of reasons why your birth control can fail? Because I didn’t. Call me naive, call me oblivious, but I guess I just never really thought too much about it. I trust my doctor, I trust my body, and hey, I’m a romantic: I trust until I’m given a reason not to. But this isn’t me trying to dissuade you of using contraception, BTW. I’m just saying, knowledge is power, and the more aware you are of these potential errors, the better equipped you'll be to protect yourself from an unwanted pregnancy.

Personally, I’ve only used oral contraceptives, but my time on the pill wasn’t pretty. No matter what dosage I was prescribed, it was the same story every night: Pop the pill before bed with a large glass of water, guzzle it down, suffer from an instant wave of nausea that would only subside with sleep. I must have gone through five different versions of the pill until I finally made the decision to opt off once and for all.

Though I didn’t know why my birth control wasn’t working out, there’s always a reason birth control fails — whether it’s your body not responding to the medication, or habits you’ve adopted that compromise its effectiveness. If you think your birth control isn't working the way it should, here are a few reasons why experts say your method might be failing.

Alisa Vitti, founder of FLO Living and author of the book WomanCode, tells Elite Daily that both skipping doses, and changing the time of day you take said dosage, can disrupt “the levels of the hormones suppressing your ovulation.” In other words, the hormones in your birth control that are supposed to prevent you from having a legitimate period, won’t be as effective, if at all, if you're taking the pills at different times every day.

“If you do that too often and at the wrong time, you can ovulate and become pregnant,” Vitti says. Translation: Set a timer, write a sticky note — whatever’s going to remind you to stay on schedule, do it.

Copper IUDs Don’t Stop Ovulation, So You Might Want To Double Up On Contraception

Per Planned Parenthood’s breakdown of the device, a copper IUD is “a small piece of flexible plastic shaped like a T that has copper wrapped around it.” It's a non-hormonal contraception method that sits on the uterus and changes the way sperm moves to prevent an unwanted pregnancy. It sounds fancy because it is, but there’s a very small risk factor that comes with using an IUD: This form of birth control doesn’t suppress ovulation.

“With the copper IUD (not the Mirena), you are still ovulating,” Vitti explains. That being said, Vitti adds, it would be “extremely rare for implantation to be successful with the copper IUD.” Still, just to be on the safe side, if you know when you're ovulating, Vitti suggests using an additional barrier method, such as a condom. Better safe than sorry, right?

I’ve always felt weird about mixing pills, even when doctors have prescribed multiple medications to me for one ailment (side effects scare the crap out of me). Interestingly enough, I never really categorized birth control as medication, but that’s exactly what it is, and evidently, mixing antibiotics and birth control can be a recipe for disaster.

Dr. Hedieh Asadi, co-founder of DeoDoc Intimate Skincare, tells Elite Daily that antibiotics can lower the odds of your birth control working, as this type of medication absorbs “the hormones and can also induce diarrhea which results lower plasma levels in the hormones of birth control pills.” Sounds just lovely, doesn’t it?

Your Genetics Play A Role, Too

According to recent findings published in the journal Obstetrics & Gynecology, birth control can fail if your body breaks down the contraceptive hormones. Though it’s definitely worth noting that these circumstances are a rare occurrence, researchers from the University of Colorado Anschutz Medical Campus have discovered that sometimes when birth control fails, it isn’t because the user disregarded the instructions; it could be that the human body isn’t using the hormones.

For their experiment, researchers recruited 350 women at or around 22 years old who were implanted with a contraceptive device for 12 to 36 months. Per ScienceDaily’s official press release on the study, five percent of participants were shown to carry a gene that breaks down the contraceptive hormones in birth control, putting them at a higher risk for pregnancy.

“When a woman says she got pregnant while on birth control the assumption was always that it was somehow her fault," assistant professor of Obstetrics and Gynecology at the University of Colorado School of Medicine and study lead author, Aaron Lazorwitz said. "But these findings show that we should listen to our patients and consider if there is something in their genes that caused this."

Note that this study was preliminary, and the first of its kind to link the failure of birth control to genetics. This is an extremely rare circumstance, however, if you are concerned, don't hesitate to reach out to your OBGYN to make sure everything's copacetic.