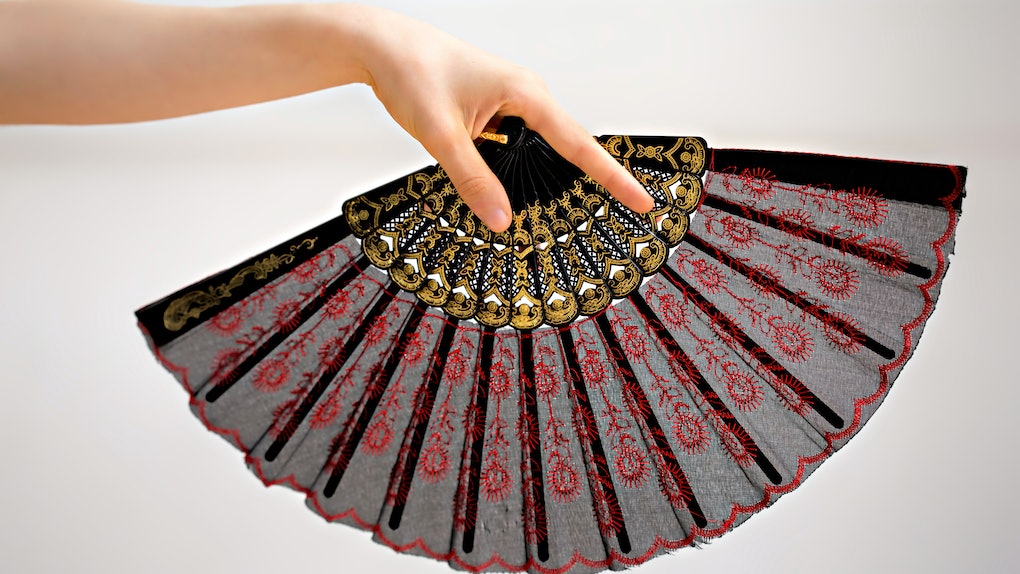 4 Offensive Halloween Costumes To Avoid, This Year & Every Year

Halloween is just around the corner, and it's time to pick out your costume. There are so many creative options out there, from superheroes to political critiques to your favorite condiment. However, it's also important to be sensitive when you're trying to decide what to be for Halloween. To help you out, I've come up with a list of four offensive Halloween costumes to avoid. Seriously, just don't.

In recent years, numerous political figures became embroiled in scandal because of racist or otherwise offensive costumes they donned in the past. In September 2019, for example, it came to light that Canadian Prime Minister Justin Trudeau had worn brownface makeup and a turban to an Arabian Nights-themed party at the private school where he was teaching in 2001. Trudeau subsequently admitted that he had worn blackface on other separate occasions and apologized publicly. And back in February 2019, Virginia Gov. Ralph Northam confirmed that he had posed for a 1984 yearbook photo in which one person was wearing blackface and the other was dressed in the notorious white robe of hate group the Ku Klux Klan. Northam did not specify which person he was in the photo, but he did apologize for "the decision I made to appear as I did in this photo and for the hurt that decision caused then and now."

Both Trudeau and Northam apologized for their actions, but here's what we can learn from them: Racism is not a costume, and neither are other cultures. When you're picking out your Halloween costume for 2020, last-minute or otherwise, here are some things you should make sure to avoid.

Blackface Of Any Kind

It's sad I still need to say this in the 2020s, but blackface — dark makeup typically worn by non-Black people, often to caricature a Black role or stereotype — is unacceptable in any situation, and Halloween is no exception. Every year, many new blackface scandals come to light, including from political figures like Trudeau and Northam, despite pleas from activists who point out that blackface has a long, racist history In the United States, blackface became a popular fixture of minstrel shows in the 1800s. As Jenée Desmond-Harris pointed out in an October 2014 Vox story, white actors donned blackface on stage during these shows to play enslaved people or free Black people as mocking caricatures based in harmful and dehumanizing stereotypes.

Blackface is never necessary to be "true" to a costume, either. If you really love a character that happens to be of a different ethnic background as you, it's totally OK to dress as them — no face paint necessary. Trust me, Princess Tiana's gorgeous green dress, gloves, and tiara will be recognizable without any blackface.

Cultures are not costumes, and that applies across the board. Were you thinking about wearing a sombrero, sari, or kimono this Halloween? It's probably best to avoid these and other pieces of cultural clothing, especially because many such clothes and accessories have cultural and religious significance of which you might not be aware.

Cultural appropriation isn't just a buzzword. In 2017, Jessica Andrews pointed out in Teen Vogue that cultural appropriation is "the manifestation of one of the earliest, most enduring racist ideals: the belief that people who belong to marginalized cultures are somehow less than human." When a non-Black person wears an afro wig, for example, or when a non-Muslim person dons a hijab, they are exoticizing an element of a different culture without incurring any of the racism, discrimination, or stigma that Black or Muslim people usually face for doing the same thing.

You should also skip any costumes that attempt to sexualize another culture. If you've had your eyes on a "sexy geisha" or a "sexy Indian princess" costume, think again — costumes like these objectify other cultures in a way that reduces people to accessories, and that's not OK.

Whenever Halloween rolls around, many people inevitably decide to dress up as Pocahontas or a "Native American princess." Take Hilary Duff and Jason Walsh, for example. In 2016, the pair dressed up as Native American and pilgrim stereotypes — at the same time that Native American activists were protesting the Dakota Access pipeline. Duff apologized on Twitter following the backlash, while Walsh took to Instagram to say that he "meant no disrespect" with the costume and apologized for having worn it.

As Valerie Reynoso pointed out in a 2018 op-ed for Teen Vogue, Native American and indigenous populations in North America have faced brutal forms of oppression, from colonialism to genocide. Violence and oppression against indigenous communities isn't a thing of the past, either. Even as of 2019, thousands of Native women go missing every year, per Pacific Standard — disappearances which are often inadequately investigated and left unsolved.

Instead of picking up a Pocahontas costume this Halloween, Reynoso suggests investing in Native designers to make a real difference. If you really, really must do an Old West-themed costume, there's always the option of being a cowboy (many of whom, by the way, were Black). Just remember — no blackface.

This is a pretty broad category, but any costumes that objectify, body-shame, or mock people should be avoided. Making light of someone's weight by wearing a fat suit is the antithesis of body positivity, as is reducing someone to a sex object by wearing a caricatured costume of their appearance. You should also stay away from any Halloween getups that mock trans people or reduce their experiences to a costume. If you really must wear some form of inflatable costume, try a T-rex instead of any kind of fat suit. A T-rex is never inappropriate.

If you're wondering what you actually can wear this Halloween, you don't need to worry. There are so many fictional characters, political themes, and spooky concepts out there that would make great Halloween costumes. All you have to remember is this — it doesn't cost you too much emotional labor to wear a creative, sensitive Halloween costume, and it's worth going the extra mile to avoid invoking trauma or stereotypes.

This article was originally published on Oct. 26, 2019

More like this
What Is Boo Bash At Disney World? The Halloween Event Has Rides, Music, & Themed Treats
By Cianna Garrison
Why Are Washington, DC & Puerto Rico Not States? There's A Lot To Unpack
By Rhyma Castillo
Shelly Bell Is Making Sure Black & Brown Women Entrepreneurs Get What They're Worth
By Fatma Khaled
Stay up to date