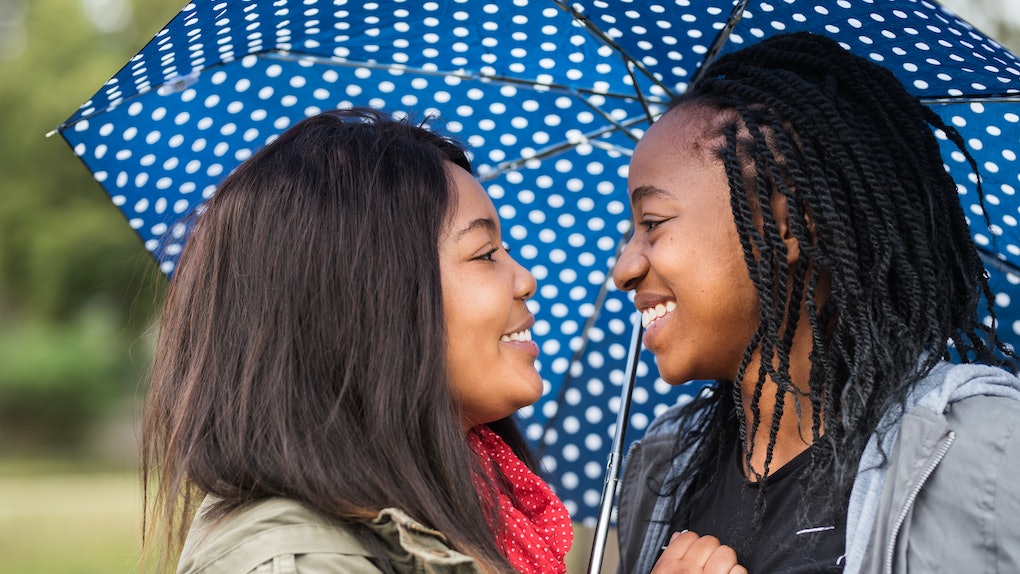 Being judged by the person you love can be incredibly painful. After all, feeling accepted and appreciated is kind of the whole point of being with someone. It's the two of you against the world. That's a little tricky when your partner isn't open to your differences, or even willing to give you the benefit of the doubt and try to understand where you're coming from. If this has been a problem for you in the past, you might want to keep an eye out for the Myers-Briggs personality types who are the most open-minded as partners and add them to your must-date list.

These personality types tend to be naturally curious and, although they may have their own perspective on things, they're flexible enough to see another person's side. In fact, some of these types actively seek out differing opinions because they pride themselves on never being close-minded. So, if your ideal partner is receptive and nonjudgmental, then these Myers-Briggs personality types are the ones to woo.

INFJ possesses a great deal of empathy. They always try to understand where others are coming from and are open to hearing their side in any debate. They have strong morals based on what they see to be the common good for people. But those morals have been formed by hearing others out. If anything, they sometimes feel as though they're too open-minded, giving the benefit of the doubt to those who are not always being honest in their motivations. Fortunately, they're also very perceptive and can pick up on dishonesty. Ultimately, they can understand the motivation of others and where they're coming from even if, in the end, they don’t agree.

INTP is very open-minded because they're interested in hearing all points of view. They're very analytical and don’t feel as though they can fully understand a subject without hearing all opposing views. They have a strong sense of intellectual curiosity; they love to debate and take on as much data as possible before coming to a final conclusion. However, keep in mind that, once they've gone through that process and come to a conclusion, it can be hard for them to move from that position because they feel confident they've done their due diligence.

For their part, ENFJ is always willing to hear others out, which makes them very open-minded. The one thing they do get judgey about is closed-mindedness, because they just can’t relate. They have a great deal of empathy and are a good listener because they're genuinely interested in people and understanding what makes them tick. They're also very tapped into other people's emotions and feelings, and they have a generally optimistic view of other people which allows them to give others the benefit of the doubt. For people who often feel misunderstood, being around or with ENFJ can feel like coming home.

ENFP is a very curious personality type. They love to get to know people on a deeper level and, for that to happen, they know they have to keep an open mind. They're comfortable with differences and seek to accept people for who they are. Nothing makes them more upset than seeing other people judged, bullied, or mistreated, and they're the first to stand up for people who are experiencing any of those things. They have strict morals, but they're all about treating others with kindness. Because of this, they'll hear just about anyone out. When it comes to being kind and sticking up for others, they won't budge.

Just as being judged by the person you love can break you down, being truly understood and heard by them can make you stronger and build you up. So, prioritize people in your life who are like one of these personality types that gets you for the beautiful and unique soul you are.