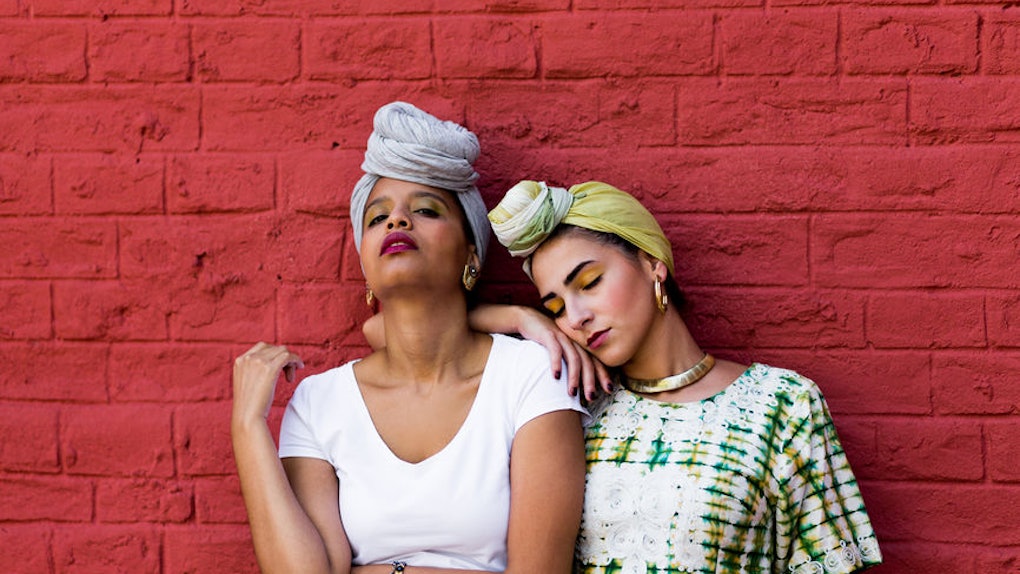 Cue the ominous music, my friends, because Mercury is back in retrograde starting Tuesday, March 5 (but if you've been feeling it already, just FYI, Mercury retrograde's shadow period started on Feb. 19). This means that the planet will change its course and, in the process, potentially cause some major bumps in the road, particularly those related to communication. So if you're on the lookout for some communication tips for Mercury retrograde, don't worry. I got you.

"[During Mercury retrograde,] communication is off, and scheduling, electronics, computers, contracts are affected," says astrologer Patty Clark. She adds that the March 2019 retrograde in particular might feel overwhelming because of which sign it'll be in this time around. "This particular retrograde is in the sign of Pisces, which is ruled by planet Neptune," says Clark, noting that Neptune happens to be a rather tricky planet. "Neptune can make things unclear," she tells Elite Daily.

But listen, on a helpful note, cultivating awareness of how the planets move and impact life is the first step to overcoming the chaos. Clark says that by paying attention to how you're affected by these retrogrades, you can use this time to work with yourself. Believe it or not, a Mercury retrograde period can actually be an incredibly productive and creative time — if you approach it the right way. Here are a few tips to make sure you do.

Get honest with yourself about your part in a relationship

Communication mix-ups (particularly in relationships, says Clark) are practically a given during Mercury retrograde, and one way that might manifest IRL is that you may be more likely to see a situation the way you want to see it, and not necessarily the way things are actually happening. For instance, maybe you assume that it's OK with your roommate that you play loud music at night, sheerly because she hasn't said anything to you about it, even though you kind of have an inkling she's smoldering beneath the surface.

The point here, says Clark, is that it's almost never a good idea to make assumptions about what other people feel. "The retrograde makes things changeable, and Pisces makes it ambiguous, so stay clear and diligent," she explains.

Allow yourself to procrastinate on work projects

It's rare to get this kind of advice, friends, so take full advantage if you're able to do so. "Generally one should put off starting new projects, because things are fluctuating [during Mercury retrograde], and chances are, changes and redos will need to be made," Clark explains.

If you're not exactly able to delay a project without royally messing things up even more, try to at least ease up on yourself in terms of the project's success or progress. Sometimes things are out of your control, and it's OK to simply accept that and work with the circumstances.

Be a little more careful with your words in general

"This is like a hibernation period for the planet, so it’s not monitoring what’s going on, it's asleep on the job, if you will," says Clark.

This means that it's important to be careful during this time with not only what you say, but how you say it. For instance, say you had a fight with a friend, and you know that you personally were in the wrong. You know you know how to apologize and admit when you were at fault about something, but with Mercury in retrograde, sometimes it's easy to let your tone sound sour when you say the word "sorry," or to say something like, "I'm sorry, but..."

Just remember, it's not your fault. Everyone speaks without thinking from time to time. Take a step back when you're able to in these types of situations, and really think about what kind of message you're trying to get across.

Use this time to reflect and readjust

According to astrologer Molly Cardinal, Mercury retrograde may be a time when things don't go quite as smoothly as you'd like, but from her perspective, it can be a great opportunity to reflect and reevaluate. "If our thoughts were always moving at full speed, we wouldn't have time to stop, rethink, and readjust," she tells Elite Daily. "There's a reason that we experience a Mercury retrograde cycle about every 88 days."

Cardinal says we can best deal with these cycles by slowing down, being patient, and yes, it's probably not a bad idea to double-check a text or an email before you press "send."