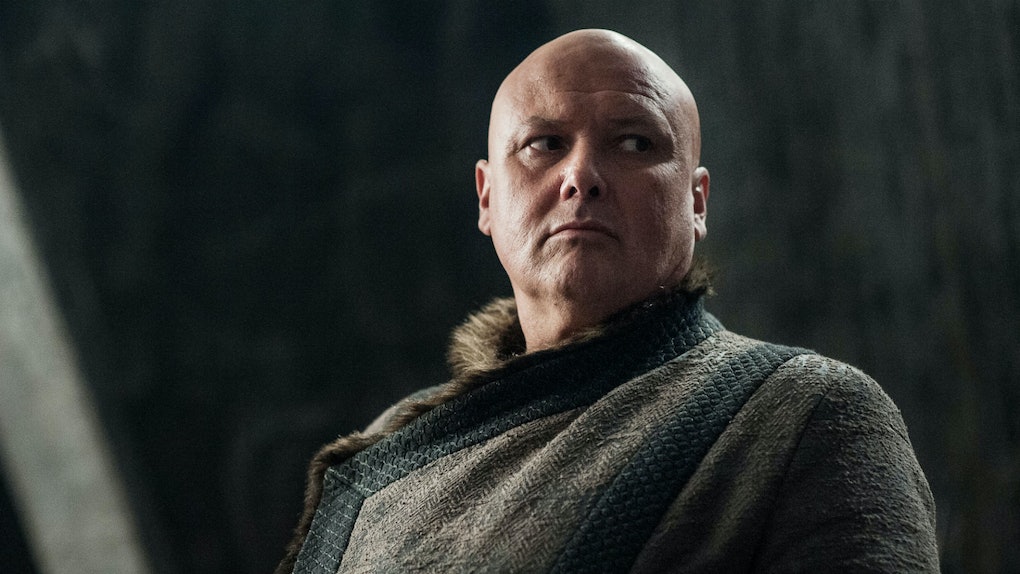 Welp, it finally happened: The Spider met his shocking demise on Game of Thrones during Season 8, Episode 5, when Daenerys Targaryen sentenced him to death by dragonfire for committing treason. Fans weren't exactly shocked given the rapid-fire deaths of major characters this season, but these tweets about Varys’s death reveal that even though it might have been his time to go, it’s also, well, kind of a bummer. After all, Varys was one of the most central figures in the eight-season saga, even if his role (and screen time) had become diminished in recent episodes.

In Episode 4, Varys did something totally uncharacteristic for this usually savvy spy: He tipped his hand in a conversation with Tyrion about his decision to change alliances from Daenerys Targaryen towards throwing his support behind Jon Snow as ruler of the seven kingdoms. While Varys has never made his loyalty to the realm above all else a secret, it finally caught up with him, and he got burned in the end. (Sorry, I couldn't resist — humor is my way of dealing with tragedy.)

It was pretty heartbreaking to see someone who had proven himself to be one of the greatest all-time players of the game of thrones go down so swiftly, but it's a stark reminder of just how high the stakes have become at this late stage. The circumstances leading to Varys' demise were also especially hard to witness since Tyrion played a prominent role in it. The two have a history, not to mention the fact that Varys had saved his life in the past. Bittersweet doesn't even begin to cover it. Plus, that final look the longtime friends shared, not to mention Tyrion's last grasp of Varys' hand, was just absolutely heartbreaking AF.

For some folks taking to Twitter after watching the events on-screen, Daenerys' decision to put Varys to death had them feeling some type of way about the dragon queen. By that, we mean thinking that she either reacted too swiftly or too coldly. In fact, they saw it as evidence that she was edging toward full mad queen territory. Like father, like daughter, after all?

Other fans were just going through genuine mourning for another amazing character gone what seemed like far too soon. And for yet more people tweeting, it was all about the legacy of Varys' final act. After all, it sure looked like he was getting the word out about who should be the true ruler of the seven kingdoms. Judging by subsequent events in the episode, it certainly seems like a prudent move on his part. For everyone's sake, we'd better hope his messages were actually dispatched to relatively sane recipients before he got Daenerys' royal flambé treatment.

Even with so many characters meeting their end this season, judging by the audience's reaction to Varys' death, this one really did sting. RIP Master of Whispers, you will be missed — although we may not have seen the last of your influence in Westeros just yet.