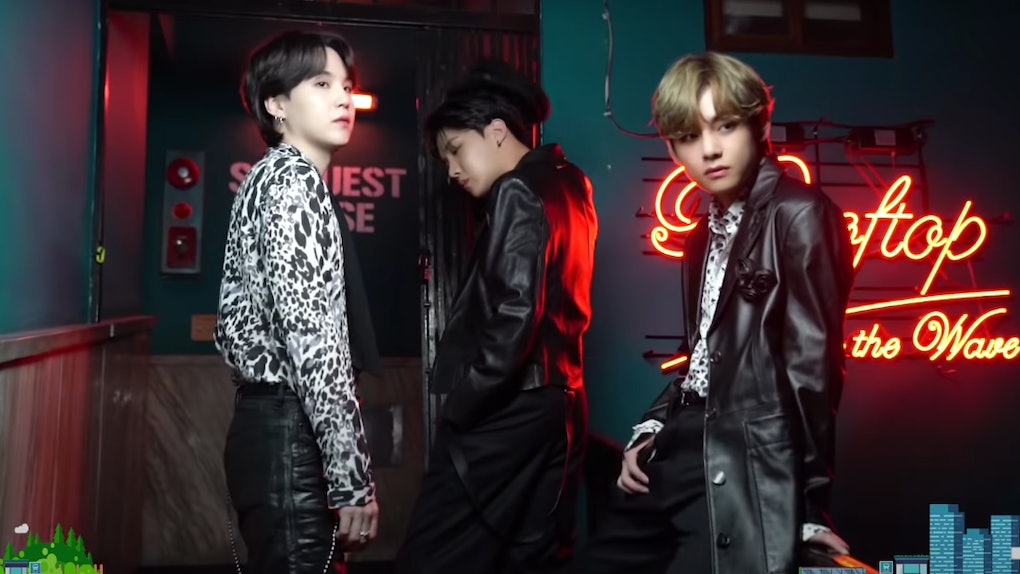 If there's anything that gets the BTS ARMY talking, it's a hair change. Each time one of the BTS guys switches up their hairdo, everyone takes notice. Sometimes it's subtle, and, other times, the bandmates make a wild change by dying their hair vibrant colors. This time around, Suga switched up his look in a way ARMYs definitely weren't expecting. These 20 tweets about Suga's Mullet in BTS' 2021 Seasons Greetings trailer were everything and more.

BTS put a retro spin on their Seasons Greetings preview for 2021, wearing a slew of '60s and '90s-inspired outfits. Based on the promor, Fans can expect to see the band was decked out in Gucci, and sharing lots of laughs, memories on the annual DVD. BTS releases a Seasons Greetings yearly to give fans a behind the scenes look at what they've got planned for the year ahead, and judging from the first-look, 2021 will be their best year yet.

There were a lot of special moments in the one-minute teaser clip, but fans can't stop chattering about one thing in particular: Suga's hair. Suga let his hair grow out extra long this year, forming a baby mullet, as fans called it.

You can see Suga debut his mullet in the trailer below.

ARMYS fell head over heels for Suga's new 'do and took to Twitter to rave over it. "All i can think abt is yoongi’s mullet and i’m trying to hike I ALREADY TRIPPED TWICE WTF," one person tweeted.

Suga's mullet may be small, but it made a mighty impact. "SUGA's MULLET IS INSANE," another fan said.

All in all, the reaction to his mullet was overwhelmingly positive. You can see all the best tweets below.

BTS has already released multiple Seasons Greetings trailers. In another video released on Nov. 9, they served up their best Gucci looks and hit up a restaurant together.

Fans will have to wait until the end of the year to see the full Seasons Greetings DVD (Big Hit has yet to reveal the exact release date), but BTS has already proven they're ending the year on a high note.