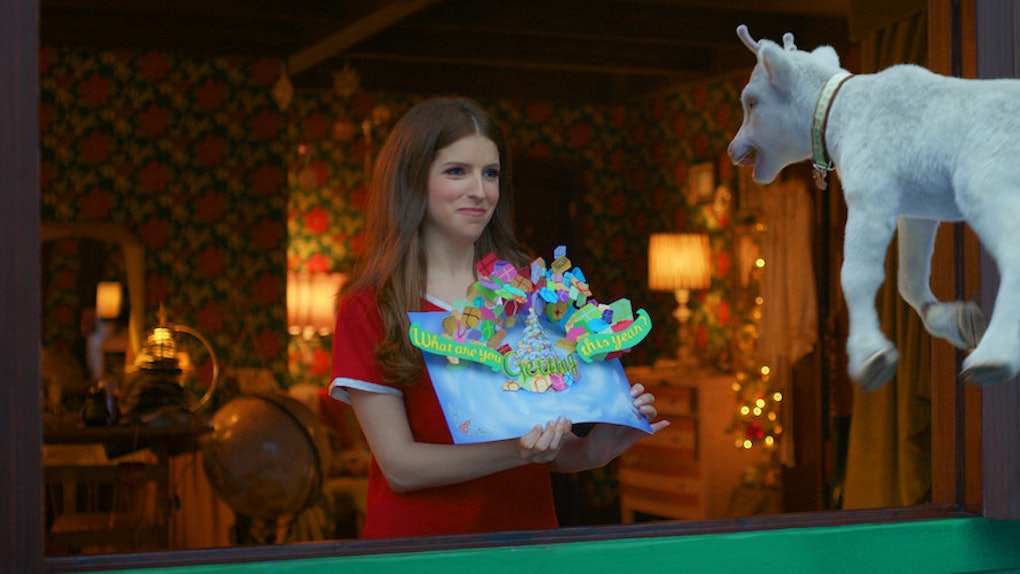 Just like Santa Claus does each and every year, Disney+ arrived just in the nick of time. The brand-new streamer dropped in November, making it the perfect hub for holiday viewing this season. Also just like Santa Claus, Disney+ has plenty of festive cheer to spread far and wide. But while good ol' St. Nick might be able to make the rounds all in one night, you'll probably want to devote more than one evening to enjoying all the Christmas movies on Disney+ in 2019. Seriously, there are enough films on the platform to keep your spirits bright all holiday season long.

When you think of Disney, you probably think of Mickey Mouse or of singing princesses. No shade at all to the animated movies, but Disney+ has a lot more to offer than just those classics. The streamer is also filled with heartwarming live-action features and Disney Channel Original Movies. Plus, since Disney acquired FOX, that means that studio's entire catalog is on Disney+ as well. There are lots of Christmas movies hidden in this treasure trove, and this list will help you keep track of the best ones. So grab some Christmas cookies off of Santa's plate, sit back, and enjoy some streamable Christmas flicks while waiting for St. Nick.

As one of Disney+'s first original movies, Noelle has gotten a lot of attention. With stars including Anna Kendrick, Bill Hader, and Billy Eichner and delightfully adorable CGI baby reindeer, it's honestly really deserving of the top spot on this list.

Tim Allen stars in this modern classic about a dad who accidentally offs Santa Claus and is then required to fill the big red pants himself. If you want even more of this silly fun, both sequels (The Santa Clause 2 and The Santa Clause 3: The Escape Clause) are also available on Disney+.

Is there anything that screams "holiday season" like Macaulay Culkin screaming into a mirror? I think not. Home Alone 2 is also on Disney+, so you can make it a double feature.

A lot of college kids can probably relate to this story of a student (Jonathan Taylor Thomas) trying to make his way home for the holidays and enduring all the trials that entails.

The magic of Christmas is front and center in this 1947 gem. An old man named Kris Kringle is hired as Macy's in-store Santa, but his presence has everyone questioning if they really believe in Santa Claus.

If Christmas musicals are more your speed, then look no further than Babes in Toyland. It's filled with hummable tunes and bizarre fantasy sequences that are well worth a watch.

This flick from the 1980s puts a darkly comedic twist on the whole "looking like Santa Claus" thing. When a counterfeiter is able to escape prison thanks to his likeness to St. Nick, he ends up crossing paths with two kids who believe he really is Santa Claus. It gets pretty grim for a bit, but least it has a somewhat happy ending.

This one is yet another movie about a regular guy trying on the role of Santa Claus for a night. This time, Bryan Cranston of Breaking Bad fame plays a con artist who steals from people while delivering gifts. But don't worry, it is a holiday movie, and so it still includes a lesson about learning the spirit of Christmas.

In this movie, the Muppets breathe new life into Charles Dickens' classic story A Christmas Carol. Kermit, Miss Piggy, and the whole Muppet gang open up Scrooge's eyes to the real meaning of Christmas.

The Ultimate Christmas Present is for all the warm-weather kids who have always dreamed of a white Christmas. A weather machine creates snow in Los Angeles, but when the storm gets out of hand, a couple of kids team up with Santa to try to save Christmas.

Would this even be a Disney+ list without Mickey Mouse and his friends making at least one appearance? This movie is actually a collection of stories that are all filled with plenty of Christmas spirit.

12. 'The Nightmare Before Christmas'

This Tim Burton stop-motion movie is technically also a Halloween movie, but since Jack Skellington spends most of the movie pretty much entranced by the notion of Christmas, it's earned itself a place on this list.

A guardian angel makes an appearance in this flick to remind Mary Steenburgen's character about the joy in the holiday season.

Christmas rom-coms are a category of film all their own, and this one is the perfect example. A woman must relive a Christmas Eve blind date over and over again until she learns how to open herself up to love and, of course, the Christmas spirit.

The Sound of Music tends get played a lot this time of year, and with its festive tone, it's easy to see why. The movie isn't technically about Christmas, but it's full of enough cozy vibes to match any movie that's directly about the holidays.

16. 'Beauty And The Beast: The Enchanted Christmas'

This sequel to Beauty and the Beast may not be quite as renowned as its Academy Award-nominated predecessor, but it does have enough Christmas magic to earn a place on this list.

If kids cavorting through snowy landscapes and (once again) learning the meaning of Christmas is your thing, then this is the pick for you.

All Annie wants is to find her parents and a home, but when she meets millionaire Mr. Warbucks, she discovers a possibility for a new home just in time for Christmas. Fans of musicals will love this hopeful movie and its hummable tunes.

Frozen isn't expressly a Christmas movie, but its wintry landscapes look just right for this time of year. The combination of snow and sisterly love makes for excellent holiday viewing.

This one isn't a Christmas movie at all, but it does celebrate another wintertime holiday. Full Court Miracle is Disney Channel's one and only Hanukkah movie, and it makes for a fun way to learn about the Festival of Lights while also learning about basketball.

All these gifts are streaming now on Disney+.

More like this
What Is Boo Bash At Disney World? The Halloween Event Has Rides, Music, & Themed Treats
By Cianna Garrison
7 Movies About Graduation To Prepare Yourself For The Cry-Fest
By Claire Spellberg
Who Will Star In Disney+'s 'Percy Jackson' Series? Casting Is Happening Now
By Dylan Kickham
Stay up to date