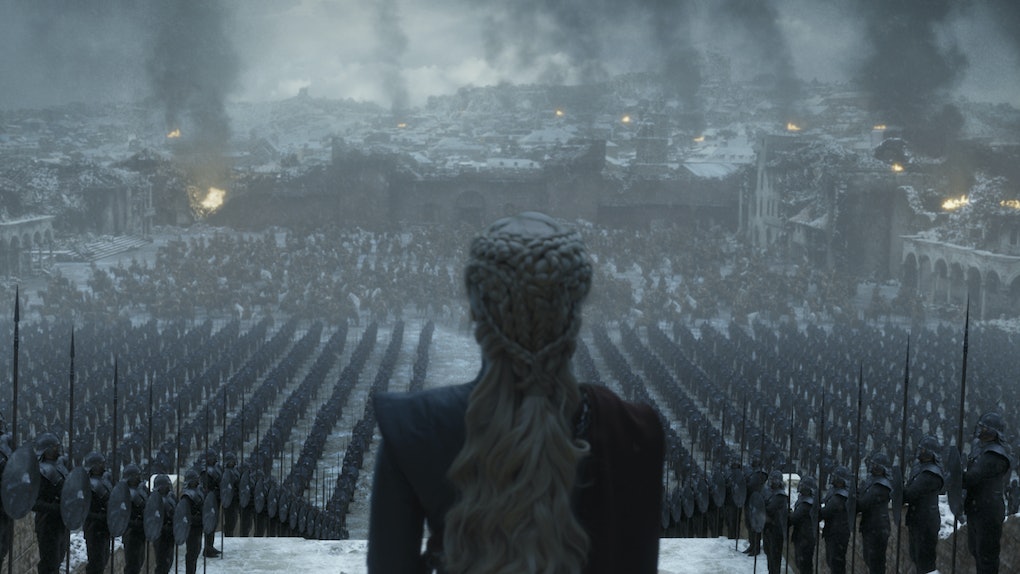 Game of Thrones is officially over, y'all, and if you've been a longtime die-hard fan like I have, the final episode was always going to be bittersweet. But it seems like a lot of fans are leaning a little more toward "bitter," as the show ends on a note that isn't as satisfying as many hoped. These 20 angry tweets about the Game of Thrones finale will make your blood boil. Warning: Spoilers for Game of Thrones Season 8 Episode 6 follow.

Game of Thrones Season 8 Episode 6 started right where Episode 5 left off — at the end of Daenerys' long streak of killing, death, and destruction. The Dragon Queen had already burned everyone in King's Landing to a crisp, destroyed the Red Keep, and basically killed off the entire Lannister line (besides Tyrion, of course), which rubbed a lot of viewers the wrong way. Many people felt that Daenerys' Mad Queen behavior wasn't believable. Others noted that her rampage wasn't consistent with her previous "Breaker of Chains" title she held so convincingly for the past seven seasons. Everyone else who had a lot of angry thoughts about the direction of the episode coped with their feelings through memes.

Fans' anger about the show didn't end at Dany's drastic behavior during Episode 5, though. It continued throughout the series finale. There was Dany sentencing Tyrion to be her prisoner. There was the whole bit with Jon and Tyrion where Jon seemed to defend Dany killing the people of King's Landing. Then, there was Jon killing Dany. (Hey, even if she deserved it, it was hard to see such a beloved character meet her demise.) After that, we saw Bran become king over many other qualified highborn members. Oh, and don't forget Jon being sent out north of the Wall for killing Dany. These are just a few of the major plot points that became a point of contention among fans during the finale.

If you were also not thrilled about how the show ended, the deaths of and outcomes for certain characters, or various plot points, these 20 angry tweets about the Game of Thrones finale will totally resonate with you.

People were not thrilled by Jon Snow's seemingly-blind loyalty toward Daenerys at the beginning of the episode.

People were also not into Daenerys' fate, no matter how justified.

And then there was the whole Iron Throne situation — eight seasons for it to be burned down?

Can't forget Bran becoming the King of the Six Realms. (Remember that time where he was absent from an entire season of the show? Kk, same.)

Fans on Twitter couldn't help but make some comments about Jon Snow's punishment, too.

People were just generally upset with the episode and the whole final season.

The only thing Twitter could agree on was that this moment between Jon and Ghost made everything better.

Regardless of how the series ended, there's no arguing that Game of Thrones was (and will always be) an iconic show. I know I'll miss waiting for a new episode every Sunday night, even if I don't agree with the ending. All hail King Bran the Broken!

More like this
These Tweets About Netflix Adding 'Big Time Rush' Will Have You Singing
By Abby Monteil
10 Questions The ‘Schitt’s Creek’ Finale Left Unanswered
By Rachel Varina
This 2021 'Game Of Thrones' Season 8 Trailer Is So Confusing... & So Good
By Ani Bundel
Stay up to date