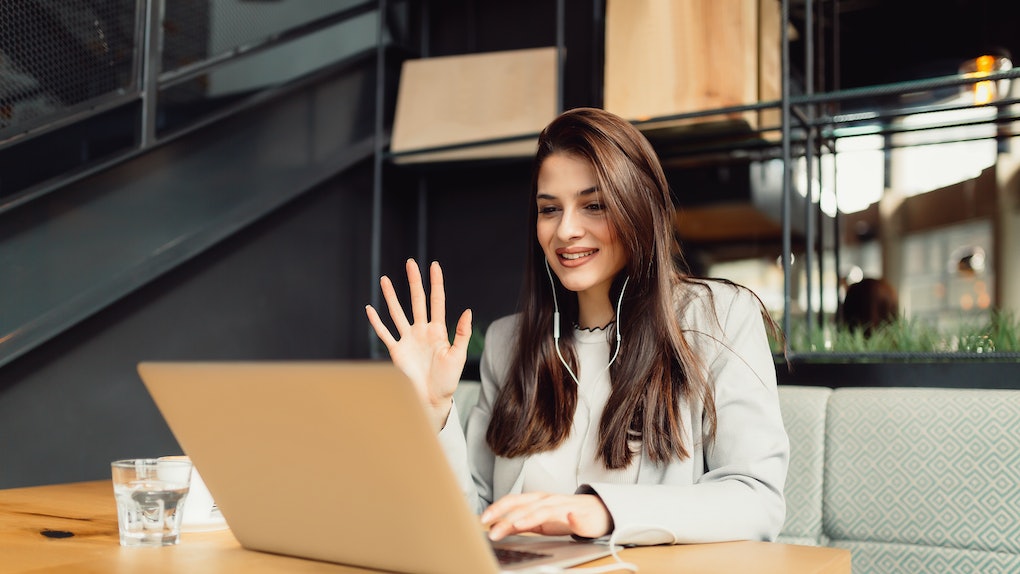 As more than 150 universities have closed across the United States in response to the coronavirus outbreak, some college students are dating over video chat. Around midnight on Thursday, March 12, Patrycja Gorska texted her friend Ileana Valdez that they should create a Zoom dating website. Hours later, the two Yale students' project Love Over Zoom was born. As of Friday, March 13, 2,200 students had signed up to participate in the virtual matchmaking service run by two computer science majors.

Love Over Zoom functions out of a Google Form. Students with a valid college email address can sign up to be matched with a "new friend" or "blind date." The page's description reads, "Scared of social isolation? Fear not, zoom will keep us together." Matches are randomly paired based off data including users' gender, preferred genders, location, and year in school. The algorithm priotizes matches between students at the same school, but users can also match with students at other schools. Gorska and Valdez initially planned to email participants links to Zoom calls at 6 p.m. on Friday, but got so overwhelmed by interest that dates will now take place at 10 p.m. They encourage students (via their regularly updated FAQ) to set up their own video chats.

"A lot of students have created memes regarding how Zoom will slowly take over our lives," Gorska tells Elite Daily. "Yes, classes are on Zoom, but what's next? Club meetings, office hours will also happen on Zoom. We've joked about parties, protests, and graduation ceremonies on Zoom, and the memes about love on Zoom came in pretty quickly."

Valdez joined the project after being inspired by this J. Cole meme. "Dating is scary in person, but somehow, this meme seemed to imply that because we were going to be isolated, it was OK to 'shoot your shot' and be brave about dating," she says. "I thought online matches would be successful because we have so much free time and so little contact. It’s the perfect environment for people to be brave and for internet relationships to thrive."

Love Over Zoom initially attracted Ivy League students when it was posted to the Facebook group Ivy League Meme Consortium, but soon spread to the University of Texas at Austin via that school's meme page. Gorska notes some Canadian students have joined, too. "The response has been overwhelmingly positive," Valdez adds. "We were technologically not prepared to have so much interest."

"I had to cancel my spring break plans, and since I’ll be in my apartment instead of on a plane tonight, I thought this sounded fun!" says Julia, a UT Austin senior who asked her last name be withheld for privacy reasons. "I love watching Love Is Blind and this feels like a cute way to recreate that under these strange circumstances."

The first dates will happen on Friday night. Depending on how the start of the experiment goes, Gorska and Valdez tentatively plan to continue it on Saturday.