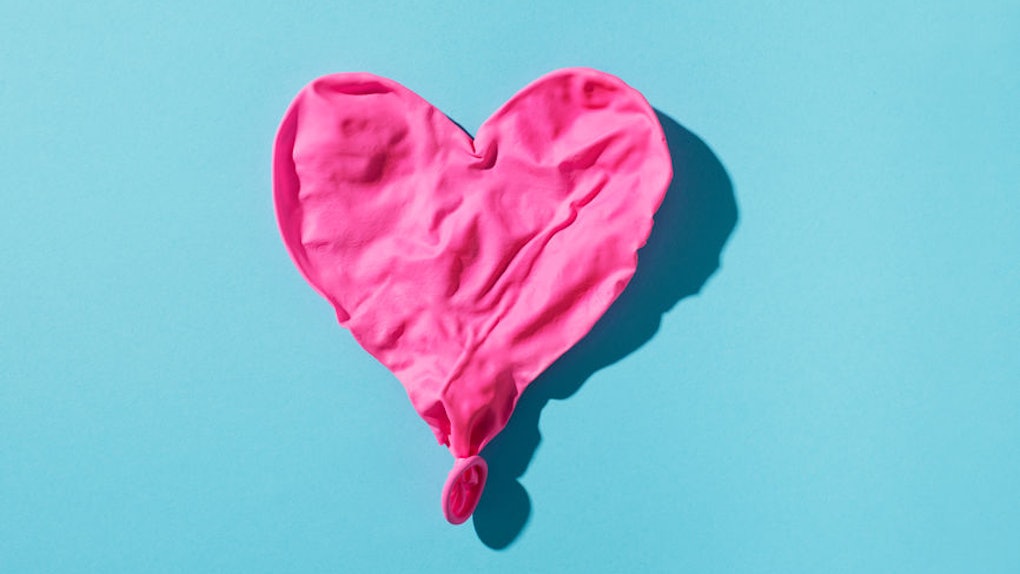 19 Reasons You Might Have Been Dumped, According to Women Who Have Been There

You don't really know what someone means when they say they've been "dumped," until you hear the reason why they were dumped. Why is that? Well, because there are a plethora of different reasons you might have been dumped. And each reason constitutes for a totally different kind of breakup — no two splits are alike, even if you and your on-again, off-again ex have broken up for the third time (this year alone).

On Reddit, a recent AskWomen thread prompted women to share the reasons they've been broken up with, and the stories run the gamut from deeply relatable to totally jaw-dropping. Some are laugh-out-loud hilarious, some are totally valid, some are downright infuriating, and some are just absolutely heart-wrenching. They involve infidelity, off-limits crushes, differing sex drives, deep-seated fears, and so much more — because as complicated as dating is, breaking up is an even more confusing road. (That's why even the simplest heartbreaks can sometimes feel like they take forever to get over.)

Read along as I share some of their responses here with you.

He developed feelings for her relative.

He fell in love with my cousin.

He had a fear of not being single.

He had a major fear of missing out on living the single life.

He wanted to work on himself.

He cheated on me, then decided he doesn't want a relationship right now so he could work on his issues. He is doing that right now by sleeping around like the world is ending. I'm not really that bothered by that, as much as I think it is a terrible way to fix any personal issues

He called her a plethora of rude names.

Apparently, I'm "rude and cold and boorish and vain" - those describe him instead of me, and he's just projecting because all he knows how to do is gaslight people.

He left to be with his mistress.

My first boyfriend dumped me to go out with the girl he cheated on me with and proceeded to cheat on her too.

He believed God told him to dump her.

He was mad she wouldn't sit next to him on the couch.

I was standing in the kitchen drinking a glass of red wine, not sitting on the couch with him watching a movie (couch was 1 meter from where i was standing)He screamed: "I KNOW WHO I WANT IN MY LIFE AND I DONT WANT SOMEONE WHO STANDS IN THE KITCHEN DRINKING RED WINE WHEN THEY COULD BE SEATED NEXT TO ME"

He blamed their LDR for his blue balls.

She wasn't mature enough for him.

He felt that I was too immature and that we were way too different for it to work. I guess he was right, I honestly felt relieved when he dumped me.

She got one of the most classic lines of all time.

I had the classic "I love you, but I'm not sure I'm in love with you". It was pretty devastating as a 22-year old who was still in love with the other person.

He said it was between her and his dad and he chose his dad.

For the stupidest thing, we were together for 7 years and engaged the last 2, he broke it off because (in his words) he didn't see how he could have a good relationship with his father and be in a relationship with me. To this day, I still don't get it. Honestly, he was probably cheating on me since I'm military and at the time stationed 1,000+ miles away-also had cheated on me before during the relationship.Jokes on him, a few months after he broke it off I hit it off with a really amazing man and we've been married for just over a year. I've never been this happy or felt this loved/cared for in my life. Looking forward to spending the rest of my life with my husband.

He wanted kids and she did not.

He realized he couldn't see himself with someone who never wanted kids.

He said he claimed he didn't want to be in a relationship anymore.

He blamed her conflict resolution skills.

Just got dumped yesterday. He said that I had terrible conflict resolution skills and he was worried about building a future with me due to that.

He fell for her former bestie.

She loved my old best friend and stopped loving me

They were too similar.

She wouldn't go to church with him.

He couldn't look at her without seeing his mom.

I wore bright red lipstick with my Halloween costume and apparently it reminded him of his mom and couldn't look at me the same after.

In conclusion, there's no one way to get dumped, my friends!