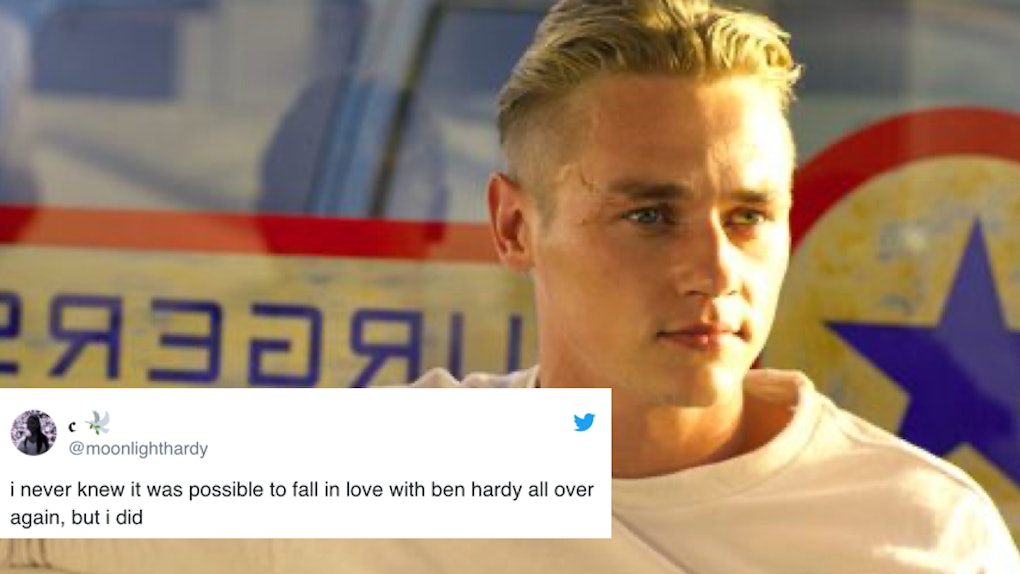 Ryan Reynolds might be the star of 6 Underground, but there's another famous face who's getting lots of attention from fans on Twitter. The Netflix action movie has made a true star out of Ben Hardy, as these tweets about him in 6 Underground confirm. Apparently, fans simply cannot get enough of him and his gravity-defying skills — and TBH, who can blame them?

The movie 6 Underground tells the story of a tech billionaire (Reynolds) who "recruits a team of international operatives for a bold and bloody mission to take down a brutal dictator." Hardy plays the operative "Four," who is a master of parkour.

The movie comes from director action movie king Michael Bay, and working with Bay was a big draw for Hardy. He told The Mary Sue:

I was a big fan of Michael Bay’s movies, especially The Rock and Bad Boys and Armageddon and so, for me, when I got the casting break down with Michael Bay written at the top of it, that, for me, was what got me interested. And this film, it feels like Michael has just been given free license. It’s super R-rated and high budget and it’s just like Michael Bay on steroids.

But the action of the movie isn't what's caught most viewers' eyes. Based on these tweets, fans are a little more interested in drooling over Hardy.

Fans might already know Hardy as Archangel in X-Men: Apocalypse or as Roger Taylor in Bohemian Rhapsody. The British actor also starred in the BBC soap opera EastEnders from 2013 to 2015. However, his role in 6 Underground is showing him in a whole new lot to many audiences — namely a light that is making everyone on Twitter really thirsty.

6 Underground is the kind of action movie that's best viewed with plenty of popcorn and wide open eyes so you don't miss one second of Hardy. It's streaming on Netflix now.