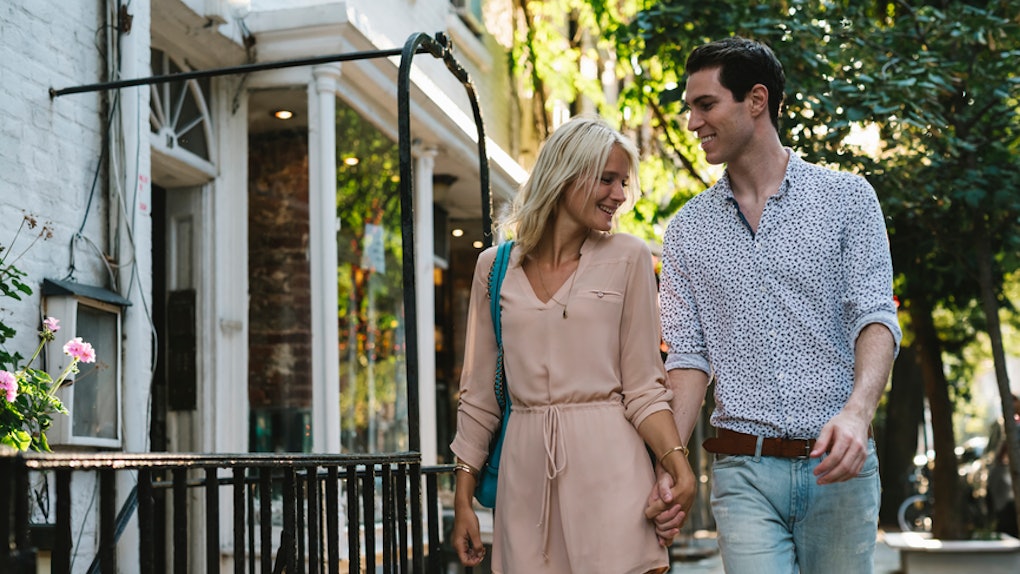 At 24 years old, I'm not quite old enough to be referring back to what dating was like "back in the day." That being said, as someone who is all too familiar with millennial dating culture, I know very well how difficult modern dating can be. Our new norms have made the dating landscape more confusing than ever before (not that it was any better before, necessarily). A recent Reddit AskWomen thread asked ladies to share the particular modern dating norms they'd most like to do away with, and let me tell you: They're not wrong.

Read along and get ready to say a lot of "amen, sister."

Having the first date/intial meeting be cuddling or meeting up at someone's place. Like... No meet me in public & don't get upset about me not wanting to come over immediately after

Not to shit on anyone who does this but I am entirely too anxious to be alone in private with a stranger. Especially having them know where I live so soon after meeting

I dislike how common and socially acceptable ghosting has become. It takes 2 seconds to send a polite, concise text expressing that you don’t see things going any further. It can be literally one sentence. Just be a mature adult and don’t fall off the face of the earth without an explanation.

Like damn dude, can I learn your last name first?

The sexual progression is a little surprising.

Have def gone from first kiss—>making out—>finger in butthole recently without consent and wondered if this was a new thing I hadn’t heard about that didn’t need to be discussed between casual sex partners. It needs to end.

The one-night stand has been replaced by something worse apparently.

What I like to call the "two night stand".

A guy leads you on, pretends to be really into you, everything is going great. Sex happens, it's great, you make plans again and the date once again ends in sex.

Then things either fizzle out or you get ghosted on after those two sex acts.

Sex on the first date is expected.

Expectation to have sex right away or else it means "I'm not interested". Early sex has always turned me off from a person but I guess it's a personality thing.

There's too much pressure to be the "cool" girl.

I hate that nowadays women are pressured to be the 'cool girl' who doesn't expect commitment, exclusivity, or decent communication lest she be labeled 'crazy' or 'clingy.'

Everyone's so scared of "catching feelings." I mean I am, too, because feelings hurt, but I still don't like it.

The real danger of dating men while bisexual, ugh.

I swear 'so do you do threesomes' is the first question guys ask if the find out I’m bi. Like, who cares dude, I’m sure not gonna have one with you.

Relationships are too dependent on constant text communication.

Very frequent texting in the early stages of dating can be just... Lazy. I don't know. I don't want to sound judgemental and I get why it happens, but, like, the effort put into a meaningful conversation via text cannot be compared to the effort of actually meeting up to have those conversations in person.

D*ck pics are commonplace, despite the fact that barely anybody asks for them.

Dick pics, for sure.

This isn't super new, but why isn't exclusivity the default when seeking a monogamous relationship?

If I'm going on dates with someone, I'm dating them. I'm not testing out a bunch of different people as if they're used cars.

Obviously, an open or poly relationship is different.

Most relationships start as "friends with benefits."

I don't like the idea of starting a relationship as "friends with benefits" which seems to be more and more common. There's almost this expectation that you're down to 'keep things casual' for like, 6 months, before you get any sort of commitment.