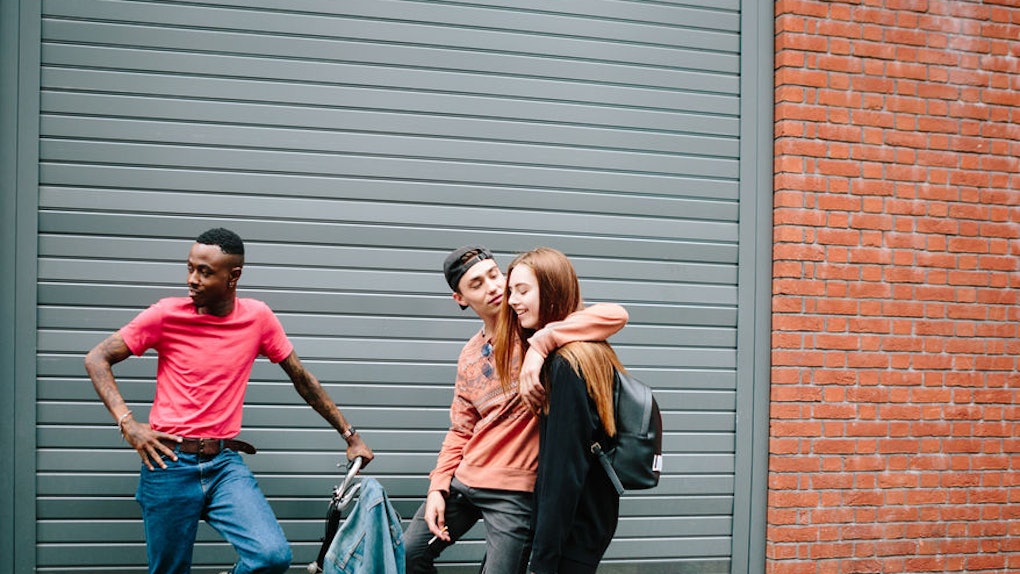 12 Most Awkward Ways To Flirt, According To Women On The Receiving End

Working up the courage to flirt with someone is always, without a doubt, always going to be at least a tad awkward. But what are some of the most awkward ways to flirt? Well, a recent Reddit AskWomen thread asked ladies to share the most awkward ways people have tried to seduce them and, oh man, they really delivered with some brutally cringe-worthy stories.

Here we have 12 of the best responses on the thread and let me just start by warning you to brace yourself because you are about to have a lot of feelings. Some of the accounts are honestly adorable in that "so awkward I want to give the person a hug" sort of way. Some of them are disgusting in an "I wish I could jump through the screen and punch this person in the face" sort of way. And then, of course, some of them were absolutely hilarious in an "I actually think I might pee my pants right now" sort of way.

The one thing they all have in common? They all definitely live up to the awkward hype.

OK, now that you've been warned about the rollercoaster of emotions that you're about to embark upon, let's dive right in!

A guy in a Pikachu suit got a little presumptuous.

I went to an anime convention with a friend. I had no interest, just went along.

This incredibly awkward guy in a full body pikachu suit stared at my boobs for a good 5 minutes before saying "my mom made this costume for me. Want to see what's underneath?"

There was an entire dinner party staged to set them up.

A new-ish friend invited me to his housewarming party, I was only 1 of 3 people invited but didn’t know this until I arrived and saw the table set for 4 people. My 2 friends in attendance (a married couple) who were trying to set me up with him, were in on it. The night turned into this awkward double date situation.

He took us all on a tour of his home, which was nice until my friends mysteriously disappeared once we reached his bedroom. I poked my head in and tried to walk on because I started to get weird vibes from him and felt strange about going into his bedroom alone but he insisted that we check out his closet. Once inside, he tried to make some moves and told me I could have 3/4 of the closet space when I eventually move in with him! He already had a couple of my things hanging up in it too. These items of mine were things I had lent to my married friend and she bought them along to help him, so I could picture myself living with him?! I was totally creeped out by this point.

He didn’t need to go to those lengths, if he had asked me out on a date like a normal person, I would’ve said yes but after that experience I was way too weirded out. I eventually fell out with my friends who introduced us cos I couldn’t trust them anymore and was suspicious of their intentions whenever they’d invite me anywhere.

He suggested she could work at Hooters...?

I was waiting for a bus at a stop near a defunct Hooters restaurant, and a guy walked up to me and said “do you work here? ...you could!”

He made a remix of "Your Body Is A Wonderland" with her in mind.

One night I was at some of my guy friends place after they had a party. It was late and there were only a handful of people still hanging out. I was sitting in the living room and this guy I have met a few times before comes in and starts excitedly talking to me about how he has wanted to get to know me, blah blah blah.

Next thing I know, he's singing "Your Body Is A Wonderland" to me, subbing my name for all the "your"'s.

He cried and then made it rain cash.

I was out drinking at a bar near where I was working at the time. One of my regulars (I’m a bartender) showed up and offered to buy myself and my friends a round of drinks. We of course accept and I went up to the bar with him to help carry the drinks back to our table. In the 5-10 minutes it took to get the drinks he cried and told me the sob story of his life, kept trying to put his arm around my waist and telling me I’m “just so precious.” And the grand finale when he pulled a bunch of crumpled $100’s and started dropping them all over the bar and says “whoops I pulled out too much money.” I grabbed our drinks from the bartender and ran to go hide behind my friends while he cleaned up his mess of cash. Just for the sake of understanding how repulsive he was a spoiled rich brat (no one turns me down type) who’s older than my dad. TLDR: I had a regular customer of mine find me out on the town and he tried to make me weak in the knees with a sob story and wadded up $100s.

He invited himself over to dinner at her place.

A colleague tried to kiss me after I rejected his own invitation for dinner at my place.

He licked her forehead.

In a club, a guy walked over to me, licked my forehead and told me that I tasted good.

I bailed out before I could hear the rest of that. I took a looooooooong hot shower afterwards.

They offered her their wife's lingerie.

Hey baby, my wife has lingerie and jewelry that costs thousands. I’d love to see you wearing them. Want to?

He surprised her with a creepy rap.

i have a lot of experiences with this... once a guy was waiting for me with a bunch of his older friends that i didnt know (i have social anxiety btw) wearing a fake green chain, dollar sign clip on earrings and a snapback turned to the side. he then proceeded to sing a rap song that went like this : “i know where you live, i watch you when you sleep yuh yuh yuh yuh”. I was mortified and so confused. still am.

He invited her to bang in his van.

I got a to the beer garden early for my first date with the guy who is now my husband & I went up to the bar to order & the dude fully leaned in and sniffed me & whispered he was off in 15 minutes & we should go to his van & f**k. I just ordered my red ale & said not happening.

He adorably blurted out a rehearsed line.

I was on the subway reading the WSJ and a very very nervous looking young guy said to me without looking up from his shoes or taking a breath: “hey you read the wall street journal that’s my favorite paper wow so cool we have a lot in common maybe we can go out sometime what do you think”

It was clear he had been rehearsing it in his head he whole ride. It was actually really adorable in all its awkwardness. I said no thanks but had a smile on the rest of the day.

I had a guy message me on Facebook to tell me that he was a loser and probably couldn't give me the best of anything but that he thought I was so beautiful and wanted to take me out. I told him to take a marketing class and try again.

OK, people, let's save this article as a guide of what not to do.

More like this
Clare Crawley Clapped Back At A Troll Who Said Dale Moss Should Dump Her
By Candice Jalili
The Ugly Truth: If You Cheat On Someone, You Do Not Love That Person
By Gigi Engle
20 "Truth Or Dare" Questions To Text Your Crush & Get Flirty
By Rachel Shatto
Stay up to date