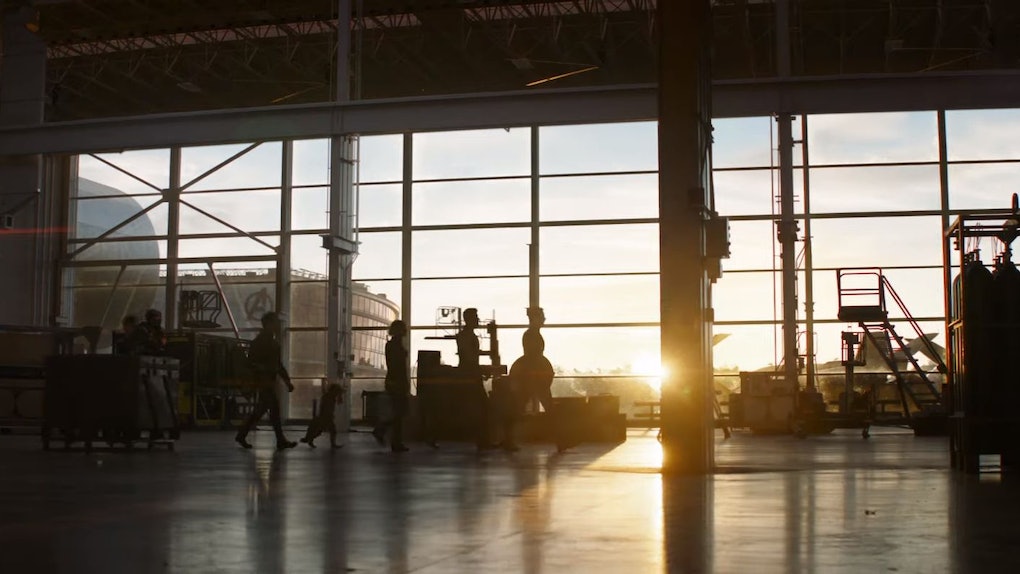 12 Marvel Cameos In 'Avengers: Endgame' That Will Make You Smile From Ear To Ear

Avengers: Endgame isn't just one movie that's standing alone at the end of a 22 film run. It's a celebration of all the movies that came before, and in honoring them, it incorporates no less than three of those earlier films as part of the plot. It also manages to round up characters from all over the Marvel Cinematic Universe making it one of the most cameo-heavy of the sequels ever. Let's highlight 12 of the Marvel cameos in Avengers: Endgame. Warning: Spoilers for Avengers: Endgame follow.

There were many "blink-and-you'll-miss-it" style cameos dotted throughout the film. Many of them were simply characters existing as part of the backdrop, like Angela Bassett as T'Challa's mother, Michelle Pfeiffer as Janet van Dyne, or Marisa Tomei as Aunt May. There were also a lot of superheroes relegated to small-time roles, like Hope van Dyne as Wasp, or Letitia Wright as Shuri.

But those were all expected characters who would eventually turn up. The real cameos are the ones no one saw coming. Everyone expects to see Tom Hiddleston if the plot is to go back to the moment of Loki's capture and steal his Infinity Stone. What fans didn't expect were these surprise appearances.

Director Joe Russo has appeared before in their MCU films, in both Captain America movies, and in Avengers: Infinity War. In Endgame, he's part of the therapy session Steve Rogers is leading five years later.

The Avengers arrive in 2012 New York in hopes of grabbing three Infinity Stones. But Doctor Strange hasn't happened yet. Instead, Hulk finds himself face-to-face with Strange's mentor The Ancient One.

Did you recognize the security guard who let Scott Lang out of his storage locker? That was Ken Jeong, surprisingly given no lines to speak.

Thor returns to the scene of The Dark World in hopes of grabbing the reality stone from Jane. (Natalie Portman in what is *not* a cameo, but cut footage from the film.) Instead, Russo came back as Thor's mother, Frigga.

The return to 2012's Avengers held a lot of Captain America: Winter Soldier references too, including Redford back again as Alexander Pierce.

The woman in the elevator who found Tony' Stark's "hippie beard" suspicious back in 1970, giving the film a definite Community angle.

Reprising his role as older Howard Stark, albeit a bit de-aged, John Slattery came face to face with his grown son and then asked for parenting advice to boot.

Also de-aged for the 1970s, Michael Douglas, in a cameo as his Hank Pym character, but years before he quit S.H.I.E.L.D. in the first Ant-Man film.

Young Jarvis from the Agent Carter TV series was a deep cut, but one the really hardcore fans appreciated.

Speaking of Agent Carter, fans all wanted a happy ending for Cap, didn't they? That meant Peggy had to come back, and she did.

Peace and love, man! Stan Lee's final cameo faced by in a 1970s convertible for the ages.