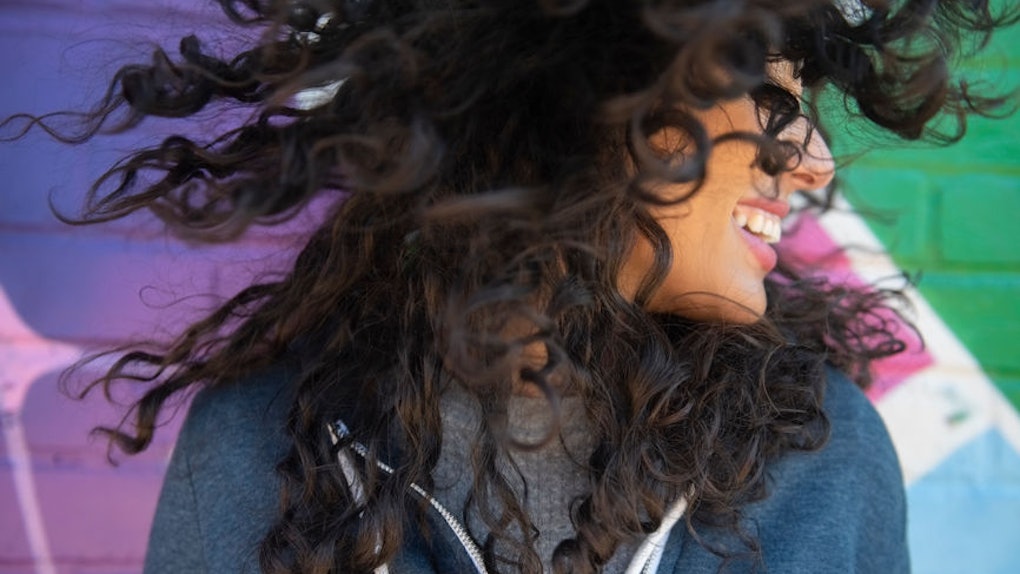 OK, so I think almost everyone can agree that breakups aren't fun. But if there was any time to go through a breakup, it was this long as heck year for one reason and one reason only: breakup anthems. There were quite a few songs released in 2018 designed to soothe your broken heart. To celebrate these healing bops, I've compiled a non-comprehensive list of the best breakup songs of 2018. Breakup anthems are amazing because they can simultaneously tend to your aching heart and remind you that you can still dance all by yourself.

I always look forward to the Spotify Wrapped end of year personalized playlist. And, I don't know about you, but my 2018 Wrapped playlist was filled to the brim with breakup songs. It seems as though the songs I played most were the ones that sang me out of relationships and soothed my lonely heart on days where it hurt more than usual. Music can really help you during a hard time, or many hard times, and breakups are no exception. To revisit some of the songs that helped you get through 2018, check out the following anthems. Because after a relationship comes to an end, the only thing to say is: thank u, next.

I don't think I've ever seen the world come together to celebrate their exes quite like they did when Grande released this stunning single. I personally don't have much to thank my exes for, but I do thank Ari's exes for inspiring this masterpiece.

Grammy-nominated Chloe x Halle are a fantastic duo of sisters that have truly floored the audiences this year. The video for this song is also full of some of the glitteriest makeup looks I've ever seen. They celebrate the healing process in this beautiful duet featuring Joey Bada$$, and for that, I celebrate them.

This song... this song. Hayley Kiyoko flipped the script on the age-old song about how a person's ex is seeing someone else. She exudes simultaneous confidence and vulnerability, that is simply contagious.

Maggie Rogers consistently delivers ballads full of vulnerable soul-searching, turning the sourness of being lonely into something much more bittersweet. "Light On" speaks to the art of accepting something is over, while paying tribute to the emotions one feels along the way.

Being the one to end a relationship is confusing and challenging in its own right. Troye Sivan's "The Good Side" speaks to exactly that experience in this lilting, nostalgic ballad.

Halsey floored fans this year with the deeply vulnerable release. Her music is always bold and honest, and this takes it to a whole new level. And for that, I am very grateful.

Jess Glynne's "Nevermind" is an unsung breakup ballad of 2018. If you have anything left unsaid in your past relationship, Glynne gets that — and lays it all out in this song. Her honesty is as inspiring as her energy, which is to say: pretty amazing.

I would be remiss if I didn't add Cardi B to this list of remarkable breakup anthems released this year. "Be Careful" is truly iconic in the way she confidently, like the bad*ss she is, lays out what she deserves in a relationship.

9. "When The Party's Over" by Billie Eilish

TBH, I don't know what 2018 did to deserve Billie Eilish's greatness but I am glad that the world has been blessed with her art. I was shaken to my core earlier this year when I found out she's only 16! It's so important to see teens validated in their art, especially Eilish's amazing work. This video was based on a piece of fan art that inspired her so much, she brought it to life.

Kacey Musgraves was 2018's sweetheart, and I am so grateful for her. Her Grammy-nominated album Slow Burn had some fantastic songs. One of my favorites from her album is "Space Cowboy" where she lets someone go that honestly wasn't treating her the way she should be treated. That's one lesson everyone can take into 2019.

Khalid and Normani blessed us with this breakup anthem early this year, but it has not been forgotten. Their duet presents so many of the different ways two people can be drawn to each other but not necessarily right for one another.

"Ignore Me" came out just days after my first breakup of the year. I was so... bummed. But Betty Who truly came to my rescue. This song took the vulnerable experience of being dumped and turned it into an empowering moment of self-love.

Hopefully, as you reflect on your experiences in 2018, you've learned a thing or two about yourself despite going through some tough stuff. Breakups happen, and they can be super hard but, like Grande expertly put it, you can end up learning so much about yourself in the process of healing. And so, to 2018 I say, "Thank u, next."

More like this
Is Saweetie's "See Saw" About Quavo? The Lyrics Are Brutal
By Corinne Sullivan
18 Sad Love Songs That Capture Exactly What You're Going Through When Nothing Else Works
By Christy Piña
Matt James & Rachael Kirkconnell Were Reportedly Spotted Together Following Their Breakup
By Corinne Sullivan
Stay up to date