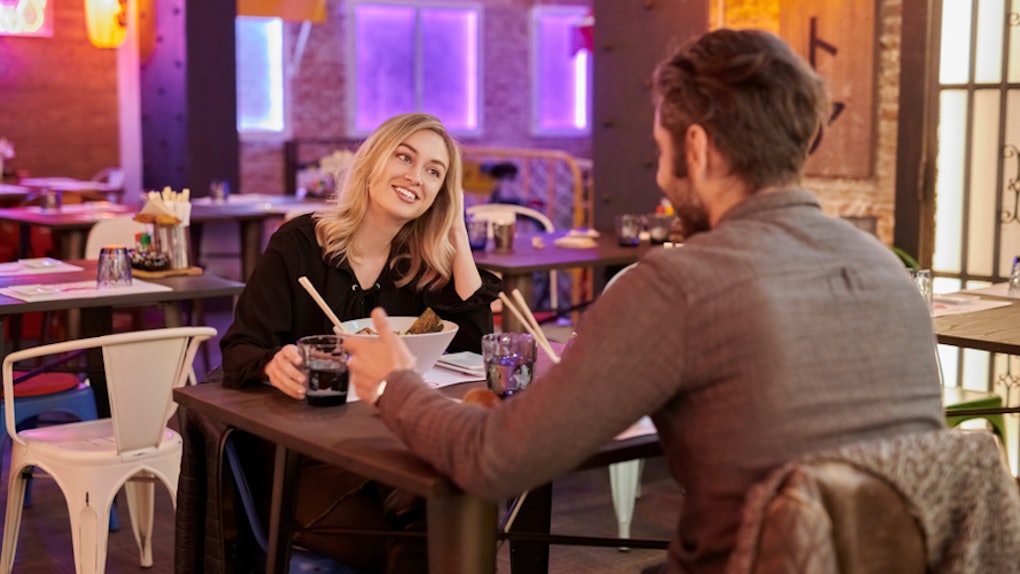 10 People Who Have Met Their Soulmate Reveal How They Knew

Have you ever thought about what it would feel like to meet your soulmate? Not everyone believes in the idea of soulmates (and that's OK!), but if you're a person who does believe you'll find your other half someday, you might be wondering, "How will I know when I've met the one?" The answer is that it's different for everyone — and plenty of people who have met their soulmate can confirm this.

For some, meeting your perfect match is one of those "When you know, you just know," scenarios — it's like everything feels right and something just clicks within you. For others, it's about going through something together — like getting through your first fight in a way that makes you believe you can get through anything together, or even just seeing how supportive your partner can be when you're struggling. Every relationship is unique, and whether you fall in love at first sight or you realize just how compatible you are after years of being together, it's all totally normal.

Here are 10 sweet relationship stories from real people who believe they've found their soulmates, courtesy of reddit. If these stories don't make you believe in love, I don't know what will.

1. It Just Made Sense

We started dating when we were sixteen. Two or three months into the relationship we got to that teenage "I love you" stage. One night we were having a deep conversation about something or other and he looked over to me and said, "I think you're the woman I'm going to marry". I'm typically a very logical, rational person even at sixteen. Normally I would have laughed about something that ridiculous. Seriously, we're sixteen. We've still got college ahead of us. But when he said it, it made sense. It all clicked. And in that moment I knew he was right, this was my future husband.

October will make ten years we've been together.

2. It Was Love At First Sight

For me it was the opposite of the "home" analogy. Every opinion that he held was a new and interesting perspective for me. I felt like I (and everyone else I knew) saw things in black and white and he had ideas and ways of thinking that were neon. He challenged every thought and belief that I had without even trying to. I was amazed with him. He was like an alien. Our connection was instantaneous. He would later call it "love at first sight", but for me it felt more like the most intense curiosity. He was my brother's best friend. They lived out of state and I met him over a long weekend when they visited. He left everything and moved in with me a couple months later. It'll be 10 years together in 2 months. We're married with 2 kids now.

3. They Were Friends First

He was a good friend for a long while; it just sort of hit me like a sledgehammer while we were arm-wrestling. Like wham, this is somebody I can talk to about anything and I could totally do that for the rest of my years without ever getting bored. It's had its ups and downs, but we'll be 3 years together this January.

We couldn't stop talking to each other and every time I saw him, my cheeks would hurt from smiling so much.

5. The Substance Was There

Well there was all the gushy love stuff and moments and eye contact, and all the stuff that happens in love.

...More importantly, though, there is compatibility which is really underrated, IME. Love is nice, but it sure doesn't conquer all. You need to have shared goals, mutually agreeable uses of free time, etc before communication and compromise can even be a thing. Also, none of it matters if both parties don't want to make it work and stick it through. I have loved other men, but none had the lasting power because we weren't in the right time/ place to commit for life. When I met my now-husband, it was clear that he is - he's loyal and monogamous and never gave me any pause about committing. We've been together awhile, yet he always makes me feel like he wants to be with me. That's huge - too many people take their spouse for granted or develop 'grass is greener' syndrome

6. They Never Got Annoyed With Their Partner

I'm admittedly an irritable person. I'm outgoing and enjoy being around people, but am easily annoyed, especially in 1-on-1 situations. I have honestly never felt annoyed with my boyfriend, and trust me, he tries to annoy me. That has never happened to me before. I'm just comfortable around him.

7. They Got The Support They Needed

He allows me to be myself, while giving me emotional support and keeping me laughing when things get stressed. I've felt like I've known him forever since the first day meeting him. He feels like family.

8. Sacrifices Felt Worth It

I had zero doubts about the person. My gut feeling was "this is the one". My mother tried to talk/gaslight me out of the relationship but I didn't even toy with the idea. I was willing to do things I wouldn't normally otherwise do to maintain the relationship, like move somewhere that I didn't know anybody and find a new job, totally uproot my life. I knew it would be worth it.

9. They Handled Their First Fight Well

Been married for 5 years. Our first disagreement didn't turn into a real argument. We just talked through it rationally.

5 years later, we still put each other in front of "being right". It's the least stressful relationship (romantic or otherwise) I've ever been in.

10. They Realized How Selfless Their Partner Was

I was actively polishing off his large chocolate peanut butter sundae, after finishing my own lady-like small vanilla with fresh strawberries, and I said, "oh, I'm sorry, I eating all of your dessert!" And he laughed and said, "I always get the large so you can have half of it." We had been together years at this point and I never caught on, but i suddenly thought of all the times he done things that were nominally for himself but were really for me. I hadn't noticed and he never mentioned it until he needed to to make me feel better. He's the man who, when I am clearly not in a good mood and I ask him what he wants to eat or do, he says, "whatever makes you happy." It's been eight years and we just got home from dinner where he had a cheese burger deluxe and I had a salad with grilled chicken....and half of his french fries.

It might take you a while to get there (or you might be lucky enough to find your soulmate on the first try!) but as long as you're open to love, you're bound to find the right relationship for you someday. In the meantime, let these sweet relationship stories be a reminder that love is so, so real.