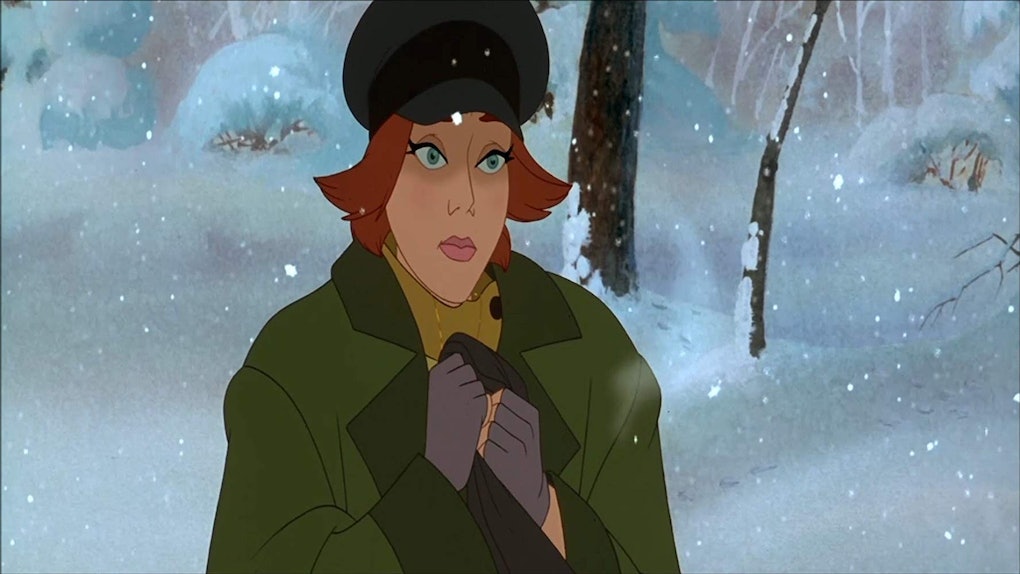 By the time you're reading this, Prince Harry and Meghan Markle's first child might have entered the world, blessing us with the novelty of a half-American royal. As the Duke and Duchess of Sussex have decided to take a deservedly private approach to the birth of the baby, the rest of us will have to celebrate the new arrival from afar, but we've got you covered. Whether you want to binge on a slew of fictional or historical royalty stories, check out these movies about royals to celebrate the birth of Baby Sussex.

Fans of the royals definitely exhausted any and all films about royal romances in the lead-up to Harry and Meghan's May 2018 wedding, so the picks below follow broader stories about royalty. While you're waiting for those first pics of the new baby, you can watch something about his or her distant ancestors that track how far the royal family has come. Or, movies about fictional royalty may prove handy in the future for when the Sussex child needs comfort about its unique life. We can't all relate to being the first modern-day biracial royal and having parents the entire world adores, right?

Welcome to the world, Baby Sussex!

Mia Thermopolis was the OG American princess unexpectedly presented with a life of duty and responsibility. Although Meghan is a more regal-sounding Duchess and her baby may not even have a royal title, it's fun to imagine this kid's relationships with his or her older British relatives mirroring Mia's bond with Queen Clarisse. Baby Sussex probably won't have to teach Great-Granny Elizabeth the true meaning of "shut up," but Meghan's American influence could definitely lead to him or her becoming a little vegetarian activist à la Princess Mia.

Grand Duchess Anastasia Romanov was once rumored to have survived the mass killing of her family during the Russian Revolution, but as of 2019, the royal is widely believed to have died on the same night as her parents and siblings in 1918. The animated classic Anastasia took a lighter approach to the story, presenting the idea that the titular character suffered from amnesia and forgot about her royal roots. Her journey to discover her true identity is a musical, romantic fairy tale, and if Baby Sussex doesn't immediately realize how magical their parents' love story is, Anastasia is an entertaining substitute. Prince Harry is even distantly related to the Romanovs, so it'll be like watching an old family legend!

Before divorced American Meghan Markle was welcomed into the royal family, Wallis Simpson disrupted the entire British monarchy for bearing the same qualities. She fell in love with King Edward VIII before his ascension to the throne, but Wallis' American background and two failed marriages were seen as unseemly, prompting Edward to abdicate in order to marry her. This decision led to Edward's brother (and Queen Elizabeth II's father) becoming king.

The long-term aftermath of the rocky scenario is detailed on The Crown, but if you're still not over how cool Meghan's modern touches to the royal family are, W.E. highlights how a royal's non-traditional romance was even more groundbreaking back in the day. It's a romantic look at Wallis and Edward's relationship, and while they weren't the greatest people IRL, the duo's circumstances built the wall that Harry and Meghan's romance essentially shattered.

The beginning is a very nice place to start, so why not recap Harry and Meghan's early days? Lifetime released Harry & Meghan: A Royal Romance days before the real couple's wedding, and reliving their whirlwind romance never gets old. Sequel Harry & Meghan: Becoming Royal premieres on Lifetime on May 27, long after the baby's arrival, but we can keep busy before its arrival with this earlier trip down memory lane.

Amber and Prince Richard are welcoming their own bundle of joy in this year's A Christmas Prince: The Royal Baby, but before another half-American royal arrives, let's relive another magical wedding. Following in the cringe-tastic footsteps of the original Netflix movie, A Christmas Prince: The Royal Wedding mirrors some circumstances that Meghan probably faced while planning her own big day. Its most noticeable parallel with real life is the Aldovian royal family's shutdown of Amber's blog, as Meghan closed her website, The Tig, ahead of getting engaged to Harry in 2017.

Rather than sifting through the family photo albums, Baby Sussex can learn even more about his or her heritage by watching The Young Victoria. Queen Victoria's long marriage to Prince Albert is commonly viewed as a deep love affair, and just as A Royal Romance explores Harry and Meghan's early days, The Young Victoria details Victoria's rise to power and her courtship with Albert. Plus, it's a movie about a powerful woman, and although Baby Sussex already has an example of that in Meghan, it's good to see such an old-school instance as well.

True story: the Queen, then only a princess, snuck out of Buckingham Palace with her sister on VE Day to witness London's celebration of the end of World War II. A Royal Night Out's account of the special occasion is mostly fictionalized, but it captures a frivolous side of royalty that mere common folk can easily relate to. As Baby Sussex is far down in the royal family's line of succession, he or she is destined for a more private life than, say, the Cambridge cousins, but they still may face the stress of not being able to just walk in public. Granny Liz may stay mum about her night on the town, but this movie is proof that Baby Sussex can turn to just about any family member to discuss stealthy time away.

Harry and Meghan are sure to teach their child that happy endings are never as glossy as they appear in stories. Enchanted's tale of an idealistic princess-to-be suddenly ending up in rough New York City is as real world as it gets. The sunny Disney movie is also a reminder that your happily ever afters never come in the package you anticipate, so always stay open to possibilities.

Meghan Markle isn't the first American actress to cross the pond and become a royal. American film star Grace Kelly married Prince Rainier of Monaco in 1956, and this Nicole Kidman-helmed biopic follows a time in the royal marriage when a gilded life in a palace wasn't exactly rainbows and butterflies. Amidst a national crisis bubbling under the surface, Princess Grace reportedly considered a return to Hollywood, and while it never happened, this movie offers another interesting look at the unique women who came before Meghan.

Released as a documentary in honor of Queen Elizabeth's 90th birthday, Elizabeth at 90 features several royal family members, including Harry, watching and commenting on some of the Queen's personal home videos from over the years. It's packed with inside jokes and lighthearted teasing, and we can't wait to see Baby Sussex participate in a similar tribute to future monarchs Prince Charles or Prince William in a few decades.

More like this
Zendaya's Instagram About Voicing 'Space Jam: A New Legacy's Lola Bunny Is A Throwback
By Abby Monteil
Is Netflix Making A 'To All The Boys' Spinoff Series About Kitty? Here's The Tea
By Rachel Varina
10 Rainy Day Movies To Watch On Netflix That Are Perfect To Pass The Time
By Kristen Perrone and Lexi Williams
Stay up to date