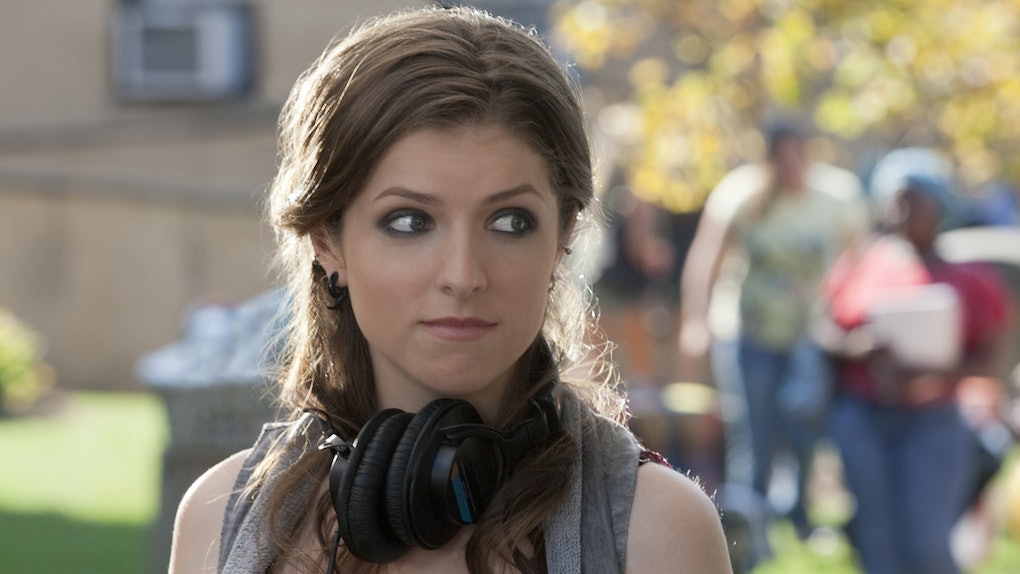 10 Movies About College To See Before Your Freshman Year

According to the calendar, it's still summer vacation, but Labor Day is just around the corner. This means that depending on where you're going to school, college orientation season is starting or already in full swing. Kicking off this stage of your life is a heady mix of excitement and terror, so if you're trying to keep it cool before move-in day, turn to movies about college to prepare yourself for as many scenarios as possible.

In Hollywood, teen rom-coms about high school sweethearts often pop up more frequently than jaunts through young people's college experiences. After all, high school is more universal than chilling on a university quad and contemplating academia's greatest mysteries, but luckily, the movies that do exist about college cover all of the ups and downs of this stage. From finding a solid squad to exploring your curriculum options, these films break down just how to deal with so much change at once.

Whether you're worried about making friends, being away from home, or adjusting to the workload, some of the picks below may ease your concerns about freshman year. Pick up your shower shoes, double check your financial aid package, and play one of these flicks as you pack. Good luck at school!

While its following two movies focus more on the Barden Bellas' a cappella competitions and efforts to keep the group strong, the first Pitch Perfect film captures the anxiety and newness of freshman year perfectly. Anna Kendrick plays Beca, an aspiring DJ whose professor dad has forced her to attend college for at least a year. When the co-leader of an all-female a cappella group catches her singing in the shower, she successfully auditions to become a performer.

Beca is too cool for school, but anyone watching her trek through the club fair picks up on the desire to find a safe space in such a busy environment. Pitch Perfect includes strange college traditions, cute and earnest boys, and the chance to reinvent your attitude for a brand new stage.

Most college towns have smoothly integrated students and local residents to the point of them peacefully co-mingling at a coffee place on a Sunday morning, but Neighbors delves into what happens when this relationship goes horribly wrong. Married couple Mac (Seth Rogen) and Kelly (Rose Byrne) learn that a fraternity is moving into the house next door. When they meet charming frat leader Teddy (Zac Efron), they promise that if they ever have complaints about the frat's noise, they'll call him instead of police.

But like any college guys with little supervision, Teddy and his gang take things to a new extreme. This inspires Mac and Rose to fight for their peace, which reminds any college freshman to treat any local families with respect. Your university town might be home for four years, but these people have built a full life there for a reason.

Starring Josh Radnor as Ted Mosby 2.0, Liberal Arts follows jaded college admissions worker Jesse who longs for the romanticism and freedom of his college days. When he's back at his alma mater to celebrate a professor's retirement, he meets 19-year-old student Zibby (Elizabeth Olsen) and bonds with her over their perspectives on the world. They share a romantic connection that manages to veer away from feeling too icky, but Liberal Arts' true message is about understanding the impact of the college experience and knowing when to accept that it's in the past.

Like Neighbors, Animal House follows fraternity members who decide to challenge the dean vowing to remove the Delta Tau Chi frat. What happens next is the kind of college shenanigans most of us only dream of or at least witness from the comfort of our dorm room windows. It may not be realistic, but Animal House emphasizes that some aspects of the college experience are just nonsensical and meant to inspire a laugh or two.

You may enter college with an organized plan of how to tackle these handful of years, but a few weeks into freshman seminars and that weird creative arts class you had to take might have you thinking differently. Set in the 1950s at a women's college, Mona Lisa Smile stars Julia Roberts as an art history professor intent on convincing her students that marriage and motherhood aren't the only ways to spend their lives. Modern women are obviously more encouraged to pursue any and everything now, but the movie teaches that changing your longtime plans or sticking to tradition is OK as long as your decision makes you happy.

Repeat after me: "I do not have to be best friends with my freshman roommate." Pixar's Monsters University details how Monsters Inc.'s Mike (Billy Crystal) and Sully (John Goodman) transform from feuding college roomies to BFFs as they both pursue degrees in scaring with varying results. This prequel is essential viewing for anyone dreading small talk with the person who has to sleep mere feet away. The first few weeks of living with a stranger can be uneasy, but more often than not, the two of you will settle into a harmony that may even become as synced as Mike and Sully's.

Happy Death Day follows a college student repeatedly murdered and resurrected as she relives the same day multiple times. While the film is an entertaining horror story, its depiction of college life is actually fairly accurate. From drinking a little too much at a party to dodging people with petitions on the quad, Happy Death Day's Tree (Jessica Rothe) has a normal day at school apart from trying to outsmart a killer, so think of it as study material for your first week at college.

As the inspiration for the Netflix series with the same name, Dear White People stars Tessa Thompson as college radio host Samantha. Studying at the predominately white Winchester University, Sam uses her platform to call out examples of racism across campus as she and other black students ignite discussion about white kids' black-face party. If you've already binged through the TV show, watching Dear White People would be a timely reminder to stay open to understanding college peers' beliefs and backgrounds.

Before actors Anna Faris, Colin Hanks, and Emma Stone became household names, they were fresh faces in The House Bunny. Faris plays hopeful Playmate Shelley who's kicked out of the Playboy Mansion after she turns 27. When a group of socially awkward sorority girls realize how poised Shelley is with boys, they take her in as a house mother/teacher. As the girls gain confidence, Shelley must let her inner self shine in order to impress a crush at the university.

Your school might not have the active Greek life so many movies portray, but these sorority stories are also examples of the importance of finding your tribe as a college student. It might involve some false starts, but putting yourself in unfamiliar situations can lead to building your own family at school.

This popular Reese Witherspoon flick is a classic for a reason. Determined to win back her ex-boyfriend, Witherspoon's Elle Woods successfully gets into Harvard Law School but soon discovers she has a natural talent for practicing law. She pushes past the opposition of classmates and professors and learns she has the capability to stand on her own. College is a time to make mistakes and grow from them, and as Legally Blonde proves, sometimes the worst snafus can bring forward the greatest change.