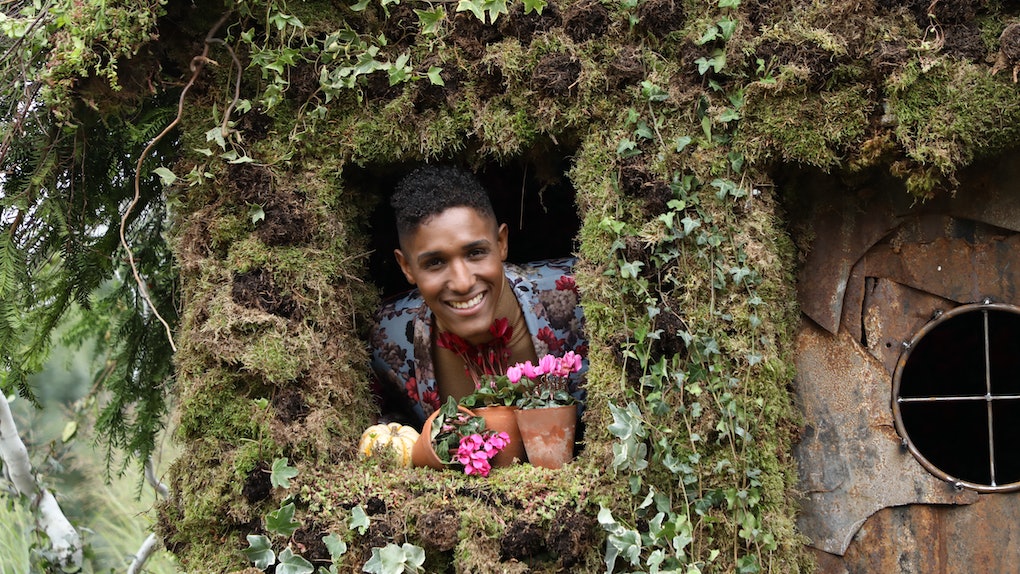 When reality series first hit popularity, they were defined by people like Simon Cowell, the meanest judge ever to sit at an American Idol table. But somewhere along the line, fans became tired of the mean jokes and looked for something calmer, more delightful, more uplifting. This decade has been defined by the gentle reality show, where contestants encourage each other, and judges are always find something to praise. It's a perfect genre for these times, as feel-good reality series are what everyone is looking for.

Reality shows across the board have gotten nicer, even American Idol. But if there's one place to find the best of the kind and gentle reality show, it's Netflix. The relaxing, low drama reality series pairs perfectly with the binge-watch format. (No one wants to see someone be needlessly cruel for many hours in a row.) So it's not surprising that in tough times, fans turn to Netflix's reality slate to see contestants do their best, and judges who appreciate the effort.

With Netflix's latest addition, The Big Flower Fight, premiering on May 18, 2020, this is a perfect time to sit back, relax, and watch some feel-good reality television. Here are ten of Netflix's best offerings.

The Great British Baking Show is the feel-good reality show that started it all from the BBC in 2010. Netflix has all but the earliest two seasons, labeled in various ways. (The original Season 3 from 2012, for instance, is found under The Great British Baking Show: The Beginnings.) Add in the Masterclass specials and the newest seasons from Channel 4, and there are nearly 100 hours of baking in the tent to enjoy.

Blown Away is a reality competition that's all about glasswork. Considering the delicate and challenging work that goes into this craft, merely watching these talented artists create pieces would be enough. But what makes it unique is how much the contestants care about the art itself, selflessly helping their fellow competitors to turn out the best product possible.

One of the unspoken realities of high-end cooking (and cooking shows) is how male-dominated they are. Samin Nosrat turns all that on its head, with a four-part series that quietly pushes women to the forefront. Her Salt Fat Acid Heat series, named for her cookbook, is a soothing dive into generations of women and their contributions to food culture.

One of the most heartwarming "up with people" series ever imagined, the Netflix reboot of Queer Eye is far better than the original. The Fab Five are all about meeting their clients where they live and finding the best person hiding inside. Their makeovers are as much therapy sessions as they are glow ups. With Season 5 arriving on June 5, now is the time to binge-watch and catch up. Bring tissues.

Of all the makeover and home renovation shows, there's nothing quite like Grand Designs. These are ambitious couples who throw their hearts, souls, and wallets into creating their visions of home. Unlike many HGTV shows, this series shows the blood, sweat, plaster, and drywall dust that goes into creating a dream home, with dreamy results. There are also spinoffs galore, including Grand Designs: Australia and Grand Designs: New Zealand.

One of the best food travelogue shows of the 21st century, Ugly Delicious stars David Chang of the Momofuku restaurant brand exploring the cultural realities of food. What he finds isn't always pretty, but it is deeply thought-provoking, and the dishes served up will make you want to move beyond those sourdough experiments to wilder stuff.

Much like Blown Away, Glow Up is a reality competition series about a very niche talent. But unlike turning sand into glass, it's one every woman is familiar with: Makeup. Not only are the makeover stunning to watch and judge, but the tips viewers learn along the way will come in handy.

For those who love The Great British Baking Show, but have watched every season, Nadiya's Time To Eat is here for you. A spinoff series, this stars it's most popular (and arguably most famous) winner Nadiya Hussain. The food she dives into is a mix of the very British (Spotted Dick Bread, anyone?) to dishes recognized the world over. And her family (including her lovely husband) makes multiple appearances.

Nailed It! is a series that's the opposite of most Food Network shows. These amateurs are exactly as incompetent as you are in the kitchen. But no one minds very much, and the judges are as kind as anyone who doesn't do this professionally would want. The results are often hilarious, but the episodes are never cruel. There are also plenty of spinoffs, including Nailed It! Germany, ¡Nailed it! México, and the French C'est du gâteau!

Netflix's latest entry into this genre, The Big Flower Fight, arrives with three episodes on Monday, May 18. Like Blown Away and Glow Up, these are artists diving into their chosen field: Flowers! As teams work to keep out of the compost pile, giant floral statues abound, and dirt and mulch fly. Even when the ideas don't succeed, they're still a marvel.

More like this
Netflix's 'The Circle' Season 2: Release Date, Cast, Trailer, & More Info
By Ani Bundel
Is Netflix Making A 'To All The Boys' Spinoff Series About Kitty? Here's The Tea
By Rachel Varina
These Fake 'Riverdale' Brand Names Are Even Better Than The Real Thing
By Rachel Varina
Stay up to date