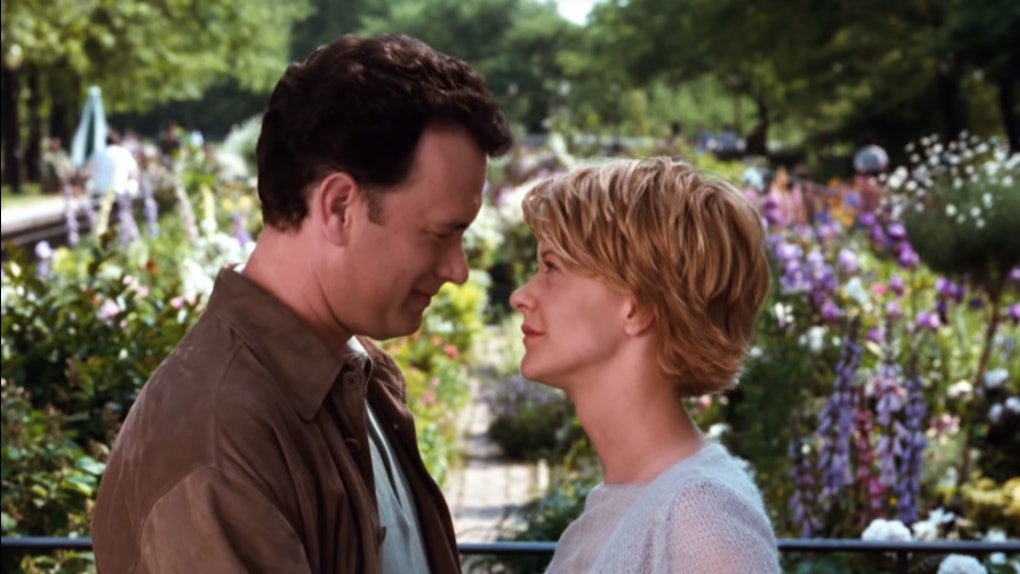 With lavish, traditional meals, Black Friday, football, and the warmth and dysfunction that visiting family can bring all on the menu, Thanksgiving can truly be a mixed bag. The fourth Thursday of November is a holiday that really tends to stir up wonderful, stressful, turkey-flavored chaos. It's simultaneously a horror and a delight to watch the Thanksgiving drama unfold, both IRL and on the silver screen. So if you're looking for Thanksgiving movies to watch with your partner, worry not. Below, a handful of films that really capture Thanksgiving's wacky holiday spirit.

All the movies on this list are comedies: light-hearted classics that'll have you feeling nostalgic, some family dramedies from the '90s and 2000s, and some newer flicks full of humor that leans toward the absurd. TBH, the fact that most Thanksgiving movies are comedies makes sense. The travel hiccups you face on the way home, the fights that erupt at the dinner table, and the dire final state of the turkey you've ben prepping are sometimes so outrageous, you just have to laugh.

Whether you're going home for the week, celebrating Thanksgiving with bae, or you're splitting your time this year, here are 10 movies for you and your SO to enjoy that depict the craziness of Thanksgiving in all its glory.

Thanksgiving (and honestly, all the other fall and winter holidays) just doesn't feel right without a cameo from Charlie Brown. If you're looking for a wholesome date-night watch that's going to make you and your SO smile, you can't fail by putting on A Charlie Brown Thanksgiving.

Imagine a world where the concept of falling in love with someone you met online was new. Weird, right? You've Got Mail, starring Tom Hanks and Meg Ryan, is a rom-com about two New Yorkers who catch feelings for each other via email, but hate each other IRL. One of the most iconic scenes takes place on Thanksgiving Day, when Joe (Hanks) pays for Katheleen's (Ryan) Thanksgiving groceries and saves the day.

If you've ever had to travel far to get home for Thanksgiving, you know the struggle. Starring Steve Martin, Planes, Trains and Automobiles is the story of marketing executive Neal and his three-day, struggle-bus voyage to get back to Chicago for Thanksgiving, crashed by an annoying salesman named Del. The film is directed by John Hughes, so this would be a solid pick if you and your partner love The Breakfast Club, Sixteen Candles, Ferris Bueller's Day Off, or any of Hughes' other '80s classics.

The Oath is a dystopian take on the golden rule of surviving Thanksgiving with extended family: Don't talk about politics. Period. Tiffany Haddish and Ike Barinholtz play a couple who struggle to keep their cool when the government demands Americans sign a "loyalty pledge" on Black Friday.

Spending Thanksgiving with your family might actually be the last thing you want to do, which is what Home for the Holidays, is all about. The film follows Claudia, a woman who's down on her luck and has resigned to go home for Thanksgiving. You and your partner might relate to this movie if you've opted for Friendsgiving over Thanksgiving — or if you're going home despite the fact that your family gets on your d*mn nerves.

Whether you're the Garfield (snarky realist) or the Jon (care-free idealist) in your relationship, both you and your partner can enjoy Garfield's Thanksgiving's take on the trials and tribulations of Thanksgiving and holiday prep.

If you're looking for a movie that's soft, sweet, and can nurture your inner child, A Winnie the Pooh Thanksgiving is the move. Of course, it's easy enough to follow that you could totally keep it on in the background while you and your bae get up to some seasonal crafts, scroll through Pinterest for some recipes, or any other cute activity you might get up to on a November date night.

In Trading Places, Eddie Murphy plays Billy Ray Valentine, a "con artist" who trades places with a jerk investor, thanks to a bet made by two millionaires. Of course, drama ensues, and the fallout from the switcheroo takes place over Thanksgiving, Christmas and New Year's.

The Addams Family movies aren't just apt for Halloween. You and your boo can keep the spooky vibes alive until Thanksgiving Day with Addams Family Values. The action in this dark comedy kicks off when Wednesday Addams gets wind that Debbie, Uncle Fester's lover, is plotting his murder. One of the standout scene comes when the kids at Camp Chippewa have to put on a Thanksgiving play, and Wednesday, never one to hold her tongue, breaks from script. Much to the dismay of many, she delivers a powerful speech reminding her fellow campers (and the audience) that Thanksgiving isn't the joyous holiday many make it out to be, especially for Native Americans.

What's cooking? The short answer is: family drama. The film follows four families, each with different racial and cultural backgrounds, but suffering from the same flavor of family-induced stress. You and your SO can probably relate to the cooking wars, shady comments, random disasters, burnt dishes, and the nerves of introducing your partner to the family that What's Cooking is all about.

Whether you're dying to bond with the fam, absolutely dreading the melodrama of it all, or feeling all kinds of Thanksgiving-related feels, you and your partner can spend your November date nights reveling in the beautiful pandemonium that is Thanksgiving and its movies.