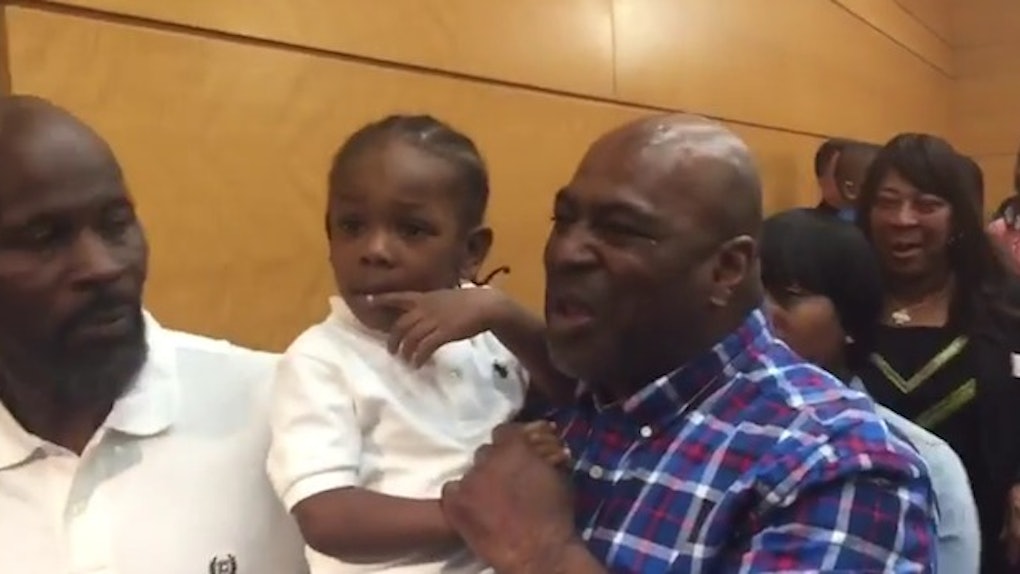 A Brooklyn man was found wrongly convicted of murder after spending close to 25 years in prison.

In February of 1991, the battered body of Neda Mae Carter was reportedly discovered on a handball court in Bedford-Stuyvesant, Brooklyn.

Career criminal Gerard Williams claimed to have witnessed, from 30 to 40 feet away, Andre Hatchett, who is mentally disabled, commit the murder.

It was almost entirely his testimony alone that resulted in Hatchett, 24 at the time, being convicted of second-degree murder, The New York Times reports.

Hatchett, who provided an alibi to police, reportedly had an IQ of 63 and a cast on his right leg when he was convicted.

According to New York Daily News, lawyers with the Innocence Project recently revealed Williams initially identified another man as the killer and may have struck a deal with an unknown source to testify against Hatchett.

According to reports, Hatchett's lawyers also did not sufficiently emphasize his mental disability or his leg injury during the trial, which would have made it very difficult for him to display the level of aggression Williams claimed he witnessed.

This case involved a perfect storm of error -- bad defense counsel, an unreliable witness, critical evidence that was never disclosed to the defense.

On Thursday, prosecutors in the State Supreme Court officially declared Hatchett did not kill Carter.

Hatchett lost both of his parents and a son while in prison.

I just know I'm not the only one. There's still a lot of innocent people in jail.

Hatchett walked out of the Brooklyn court with his family en route to a steak dinner at a Dallas BBQ restaurant.

Numerous lawyers who worked with the Innocence Project provided their services pro bono.

The Innocence Project said Hatchett never would have been convicted if the right laws were in place.