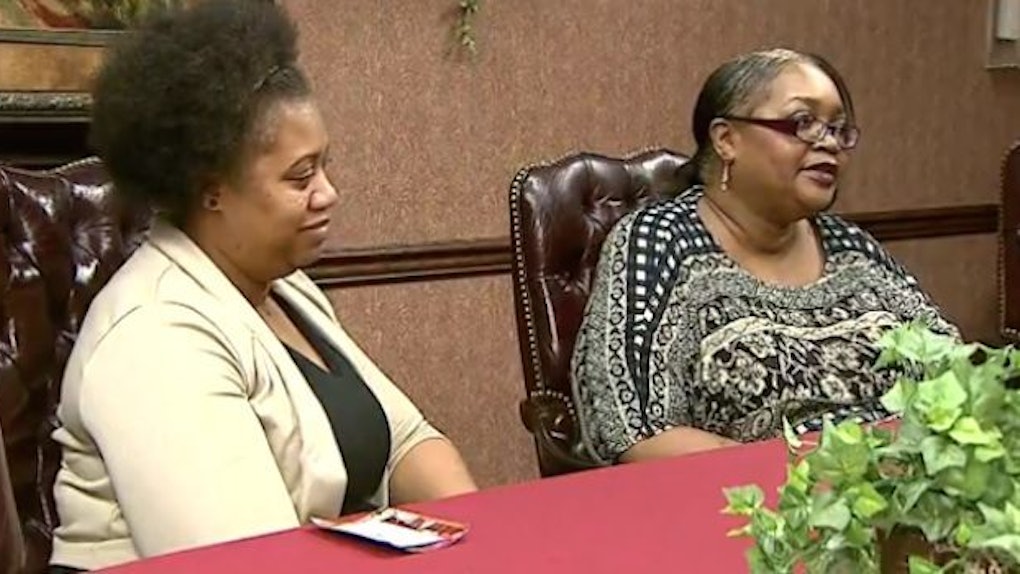 Woman Searching For Biological Mother Finds Out She's Her Coworker

Last month, La-Sonya Mitchell-Clark received an envelope in the mail from the Ohio Department of Health. The Youngstown, OH, resident had been waiting her entire life for this particular piece of mail, and finally, after 38 years, it arrived.

Inside the letter were Mitchell-Clark's official birth records, and with it, the answer to a question she's had her entire life: Who is her birth mother?

After a quick Facebook search, Mitchell-Clark discovered something she'd never expected. Not only did her biological mother, Francine Simmons, live in Youngstown -- she was also her coworker.

The mother she'd been looking for was literally right under her nose.

Shocked, she had a friend give Simmons her phone number, and soon after, they finally reconnected.

A local news station, WYTV, picked up the pair's incredible story and it became something of a sensation in suburban Youngstown.

In an interview with the news station, Mitchell-Clark revealed,

She called me and I said, 'Is this Ms. Francine?' She said yes. I said, 'I think I'm your daughter.'

I'm still in shock. It's amazing.

She, too, had always wanted to find her daughter but wasn't sure where to start.

After putting her daughter up for adoption, Simmons had three other daughters, who she'd kept.

Mitchell-Clark is excited to meet her half-sisters, and she's looking forward to getting to know her mother, who, incidentally, lives just six minutes away from her.

As for her adoptive parents: They couldn't be happier for their daughter.

My mom and dad have always been supportive of me. They're going to be a part of this too.

Now, we've got a bigger extended family where we can just be together.

Watch the family's interview up top -- but not before grabbing a fresh box of tissues.

Trust me: You're going to need them.

Citations: Woman Searching For Her Biological Mother Finds Her In The Most Unbelievable Place (Cosmopolitan), Youngstown Mother and Daughter Reunited (WYTV News)