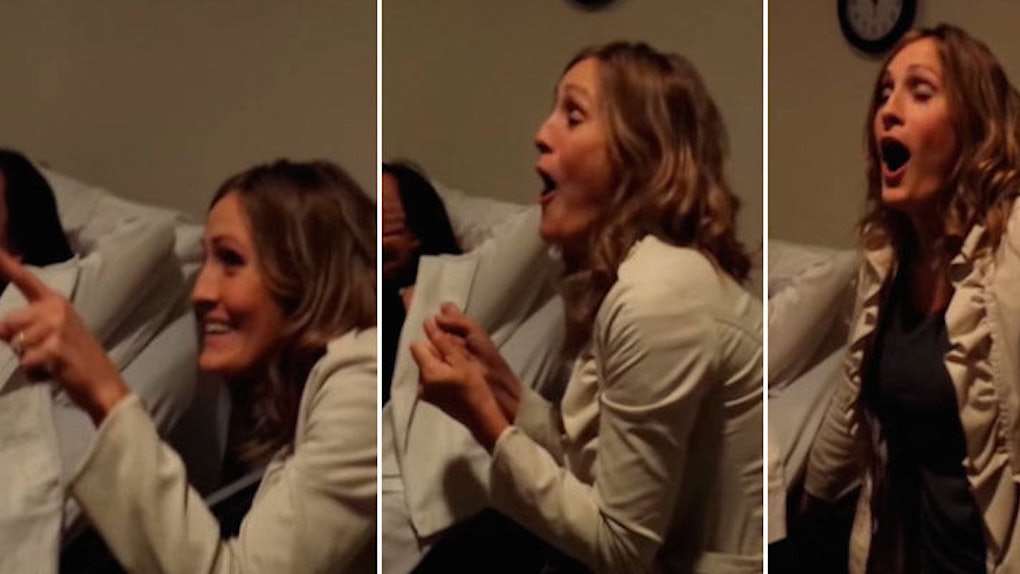 Kelly was super excited her sister, Jill, was pregnant.

She even insisted tagging along to Jill's ultrasound, hoping to find out if she'd be the proud auntie of a niece or a nephew.

But Kelly had no idea her sister had another baby-related surprise up her sleeve: She was, in fact, pregnant with twins.

Jill's husband, Shawn, who was in on the surprise, brought a camera to the ultrasound, knowing his sister-in-law's reaction would be YouTube-worthy.

And he was right.

As it dawns on Kelly there are two babies on the ultrasound screen, she freaks out, repeating “Oh my God!” before jokingly asking her sister if she can have one of the babies.

The hilarious video was uploaded to YouTube back in April but only started to pick up speed this past week.

Citations: Overjoyed Aunt Finds Out Her Sister Is Going To Have Twins Completely Loses It (The Huffington Post)