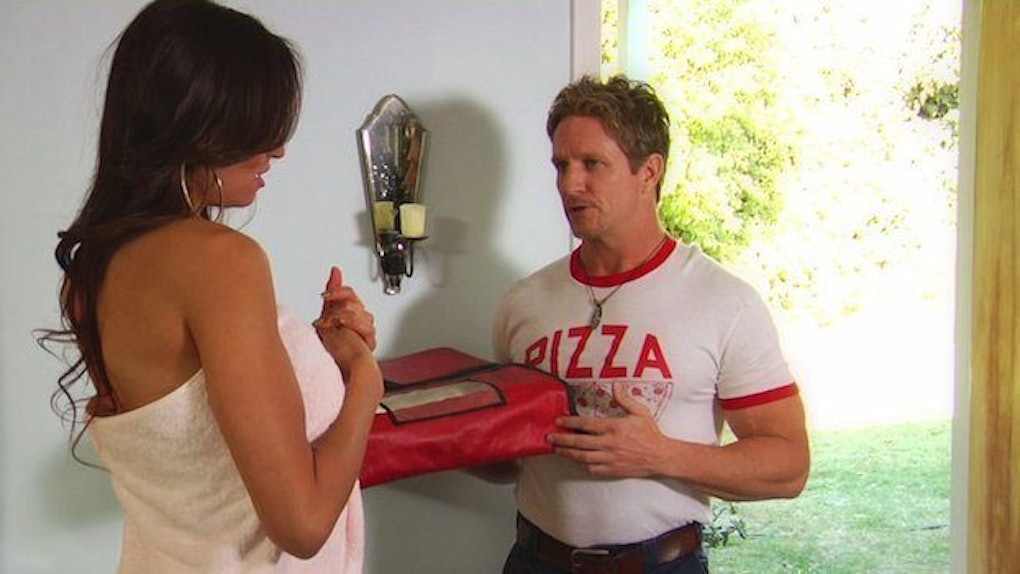 A California girl had her birthday wish fulfilled by an unsuspecting delivery boy.

Pizza My Heart is a pizza chain based in northern California offering unorthodox but tasty topping combinations.

The popular chain received a $44.50 order for two of its signature pies last week: the Maui Wowie, which contains ham and pineapple, and the Figgy Piggy, which features bacon, black figs, sage and feta cheese.

But the customer had one more request in the digital order.

Pizza delivery boy did not expect to find THIS when he went to deliver to this girl http://t.co/IRZKQYLscf pic.twitter.com/ZNmZ6HE1rj — STOMP (@stompsingapore) April 13, 2015

It isn't clear if the restaurant selected a specific employee for the job, but the delivery boy believed he was in luck.

The order came from Menlo Park, Fox News reports, which is located near Stanford University.

I've had orders like this before so I was expecting a group of college girls.

The girl opened her door to reveal a slightly different setting.

Balloons and other celebratory props were all around, but he didn't see any guests.

She had thrown a birthday party for herself, as she explained to the delivery boy, and no one showed up.

The girl offered the delivery boy a slice of cake, and he accepted, despite an understandable fear of what was to come.

But the night turned out to be more fun than they would have ever imagined.

The two enjoyed each other's company for nearly an hour, according to the Mirror.

We laughed and talked the whole time, as I was leaving I gave her a hug and told her she was pretty.

He came back to work to find a written warning from his manager about the amount of time he took with the order.

It didn't phase him, however, as a little discipline was a worthy sacrifice for cheering a woman up on her birthday.