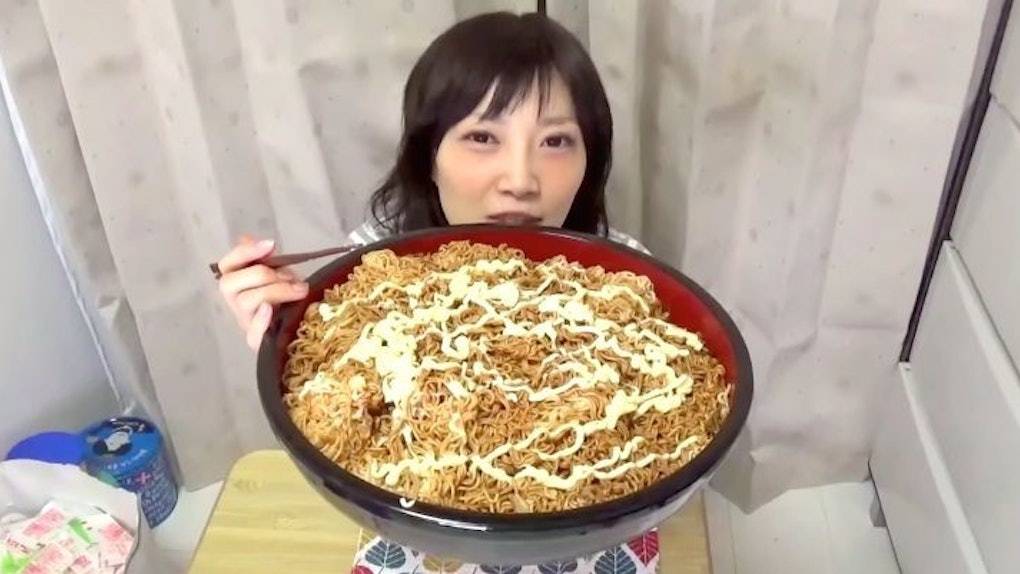 Last week, we shared a video of a model dominating a two-pound burrito in less than two minutes.

As impressive as that was, this woman makes baby-sized burritos look like child's play.

In this video, the pint-sized competitive eater inhales a full five pounds of yakisoba topped with what appears to be nearly half a bottle of mayonnaise.

And she does it all without breaking a sweat.

Perhaps the most impressive aspect of this foodie feat isn't the meal itself (which, don't get me wrong, is f*cking awesome); it's how she ate all five pounds of the fried buckwheat noodles just for the hell of it.

It's unclear how long it took her to conquer the carbs, but in all honesty, she could have eaten this over the course of a day and it would still be impressive.

Citations: Girl Eats 5 Pounds Of Yakisoba For Kicks And The Rest Of The World Needs To Get On Her Level (Bustle)