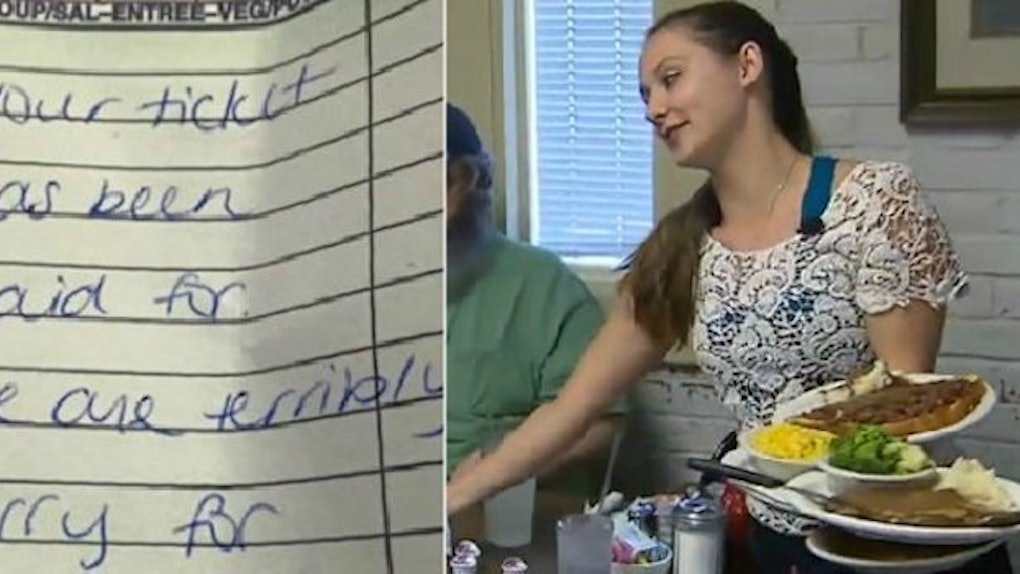 Waitress Makes Heartwarming Gesture To Couple Who Lost Their Baby

A grieving couple received an uplifting surprise from a compassionate waitress at a Texas restaurant.

CBS News reports Shaun and Debbie Riddle recently became regulars at the West Side Cafe in Fort Worth, and they often brought along their newborn daughter, Glory.

Last week, however, the two showed up without their baby.

A young waitress named Kayla Lane asked about the child, but she was likely not expecting the answer that followed.

For reasons unknown, Glory died in her sleep at just 9 weeks old.

I'm like, 'Oh gosh, I made them remember!' even though it's going through their minds all day, every day.

As soon as she saw the Riddles finished their meal, Lane returned with a note.

The waitress even refused a tip from the couple, assuring them the restaurant would compensate her for it.

But a manager at the West Side Cafe revealed the restaurant didn't pick up the tab: Lane paid for the couple's meal herself.

Lane has apparently done this several times before, picking up tabs for members of the military and the fire department.

A statement from the restaurant said,

Debbie Riddle told CBS "it felt good" to share Lane's note because it takes people's focus away from all the "negativity on the news" these days.