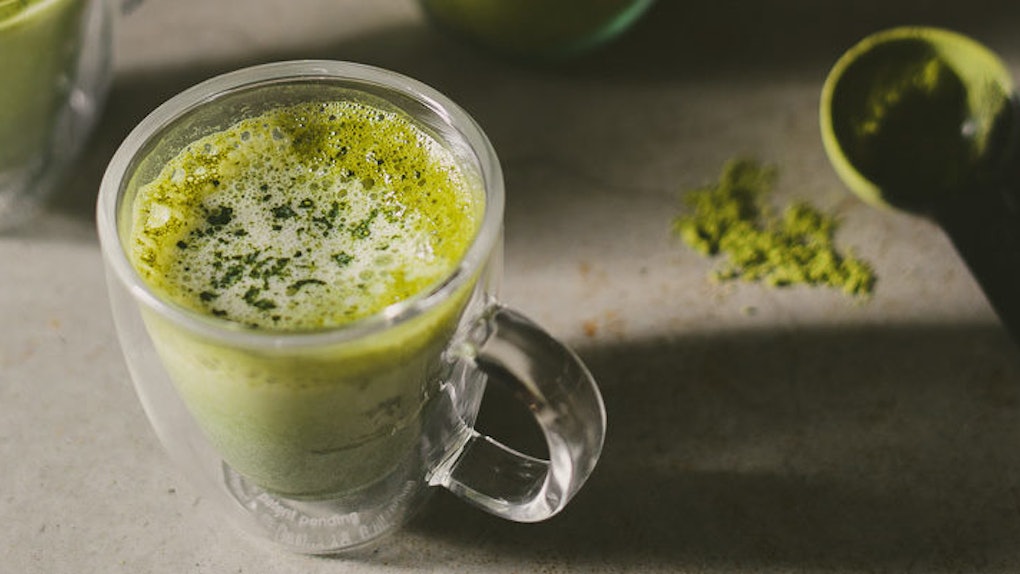 The Matcha Tea Trend Has Actually Been A Thing For Centuries

If you're unfamiliar with this mysterious green beverage, Elite Daily's got you covered:

Matcha is the latest and greatest health fad. It is so hot right now despite being a really, really old Japanese tradition. Matcha is basically highly concentrated green tea. It is traditionally a Japanese tea that is finely ground and immersed in either hot or cold water before consumption.

Many contend a Zen monk named Eisai brought green tea seeds over to Japan from China around 1191 AD and planted them near a Buddhist temple in Kyoto.

Over time, the Japanese developed intricate tea ceremonies, and perfected the art of making matcha.

Accordingly, Eisai is responsible for the propensity of matcha today.

And while matcha is currently trending on social media, he was obviously way ahead of the game and made it cool long before Instagram and Twitter.

Shout out to Eisai.

Indeed, matcha has been around for centuries, but a lot of people are just discovering this beneficial concoction.

Simply put, matcha is the new yoga. Interestingly enough, it was originally used for purposes of meditation by Zen Buddhist monks.

Back in the day (and I mean way back), these monks would grind green tea leaves into powder, put it in hot water, stir it with a bamboo whisk and drink it out of a single cup.

The Zen Buddhist monks drank matcha to center themselves prior to meditation, as it's great for focus.

In addition to caffeine, Matcha also contains L-theanine, which helps you relax without making you sleepy.

This is why matcha is so great for meditation and concentration, as it simultaneously makes you more alert, calm and energized.

The word "Zen" actually means "meditation" in Chinese. Zen Buddhism, like matcha, has its origins in China and is mixture of Taoism and Mahayana Buddhism.

Like it's name suggests, the faith is all about mindfulness and finding enlightenment from within by experiencing "Zen," which is a difficult concept to explain.

But if you try some matcha, and allow yourself to fall into a deeply meditative state, perhaps you'll begin to understand.

Today, matcha continues to be a very popular drink in Japan, and is still part of traditional tea ceremonies.

It's also obviously spread across the ocean to North America, and is believed to have first arrived in Los Angeles in Japanese grocery stores.

Now, we're now seeing matcha-infused drinks and foods all over the place.

One wonders how many people out there chowing down on matcha croissants (below) are aware of its roots, though.

In all seriousness, matcha is extremely good for you, and you should definitely consider trying it in one form or another.