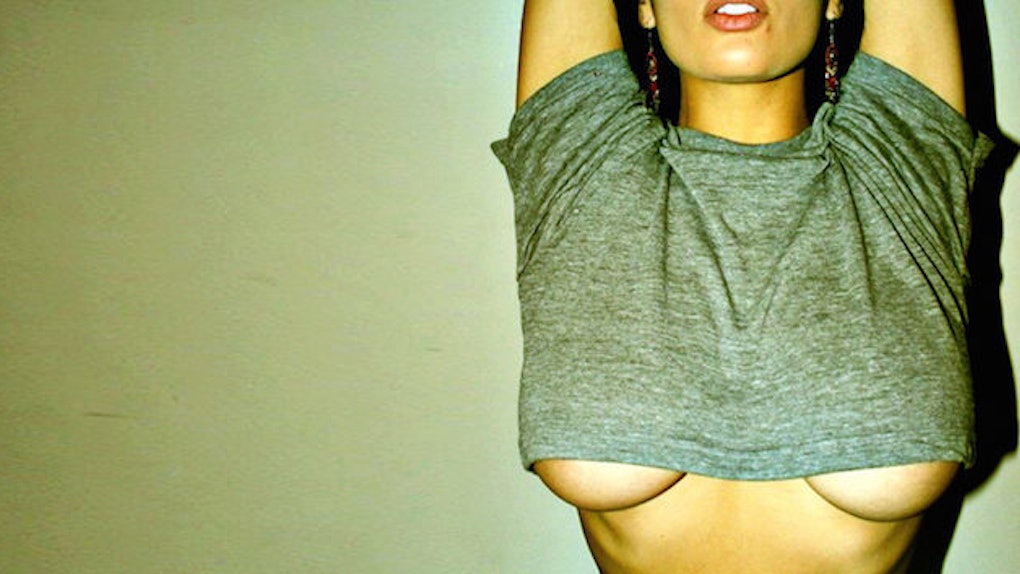 Take your smartphone out from under your shirt because Thailand isn't having any of your risqué Instagrams.

The country hopes to crack down on the boob-bearers of social media.

Yesterday, Reuters Bangkok reported the country's culture ministry made an official response to a social media trend in which women take pictures of the underside of their breasts.

The underboob selfies, generally posted to social media, could cost posters up to five years in prison as a violation of Thailand's 2007 Computer Crimes Act.

That's a seemingly heavy toll for just one image, but Thai officials aren't likely to back up their threat.

Unfortunately for the team policing the breast photos, most of the pictures reportedly feature an obscured face.

Officers can't identify a culprit using only the exposed bottom third of her breasts.

So, in reality, the penalty is more of a slap on the wrist than actual prison time.

We can only warn people to not take it up. They are inappropriate actions.

Something tells me a firm warning just isn't going to change the behavior of people protected by anonymity and the confidence that comes from hiding behind a social media account.