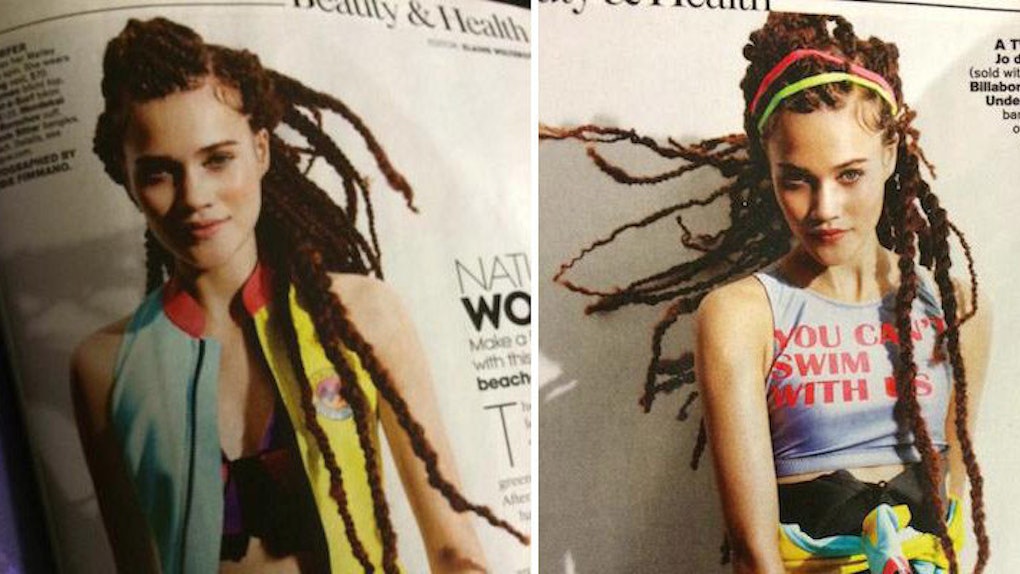 The June/July issue of the popular teen fashion magazine included a beauty feature on Senegalese twists, a hairstyle popular in its namesake country.

Penned by Elaine Welteroth, the beauty and health director, the article documents the author's recent trip to Rwanda where she had her hair braided by native hairstylists.

Though highlighting ethnic beauty trends is most certainly a progressive step, readers noticed the women used to model the hairstyle were predominantly white and light-skinned -- a major faux pas, considering the origin of the trend in question.

Many took to social media to express disdain for the magazine's choice of models, arguing darker-skinned models should have been used in place of the light-skinned models who comprised the majority of the spread.

Welteroth, herself half-black, responded to some of the criticism on Instagram,

How do you define black? Just curious. Is it about skin color? Eye color? Hair texture? I ask because this mixed-race model is as black as I am.

For the record, if anyone even cares. Yes [I'm] half black and half French.

It's a tricky controversy to side with: On the one hand, the magazine should have featured darker-skinned models to be true to the trend it was highlighting.

But on the other hand, mixed-race individuals are often criticized for not being "black enough" or "white enough." To argue the magazine didn't prominently feature models of color is to insinuate the mixed-race model herself isn't black -- a problem in and of itself.

Still, many readers were disappointed there wasn't more diversity in the feature,

Shame on you @TeenVogue for appropriating protective hairstyles for black hair by putting them on and interviewing white models. Bad call. — Kaelyn Dodd (@kaedodd) June 22, 2015

They felt the spread wasn't representative of the women who wear the hairstyle.

there is RARELY black women on teen vogue and the one time it is completely necessary, you have your generic white girls in BW hairstyles??? — Dounia (@niaisasquare) June 22, 2015

...and embraces a wider range of ethnicities in the future.