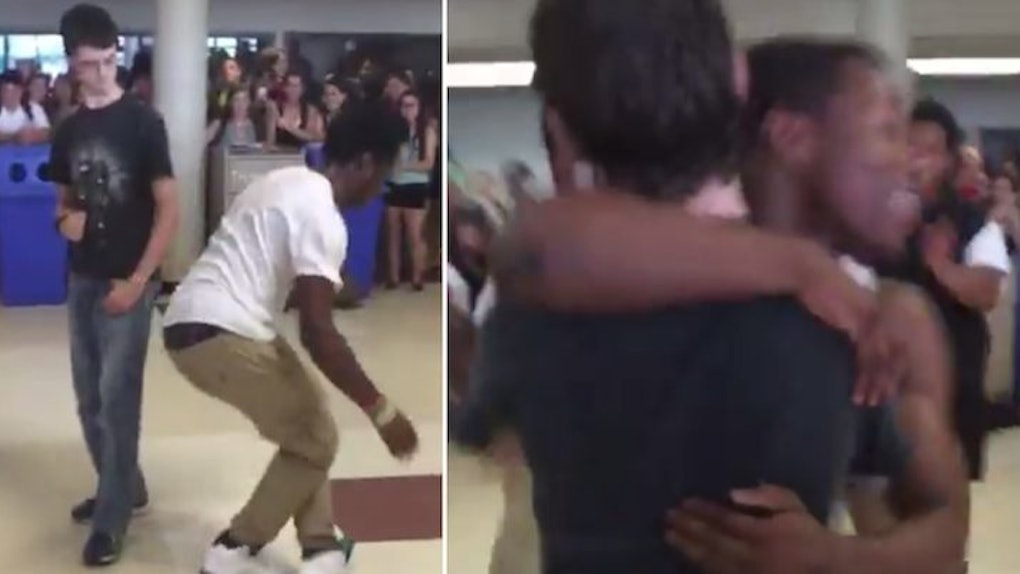 Looks can be incredibly deceiving, especially if you're a skinny white boy who resembles that kid from "Jerry Maguire," but dances like a young Paula Abdul.

The absolute dance destruction happened at Yorktown High School in New York. The video has since gone incredibly viral, mostly because of the dancing, but also thanks to the entire school going berserk (and rightfully) after he finishes his final move.

Special shout-out to the camera guy who spends about a third of this video pointing the camera at himself and screaming, which is an underused element in moviemaking I would like to see film studios adopt more often.

I would be totally more inclined to see "Avatar 2" if I knew at least 10 minutes were devoted to James Cameron taking 3D movie selfies of himself yelling, “DID YOU SEE THAT?!”

Citations: Nerd Shocks The World And Absolutely Brings It During A Dance Off At School (Barstool Sports)