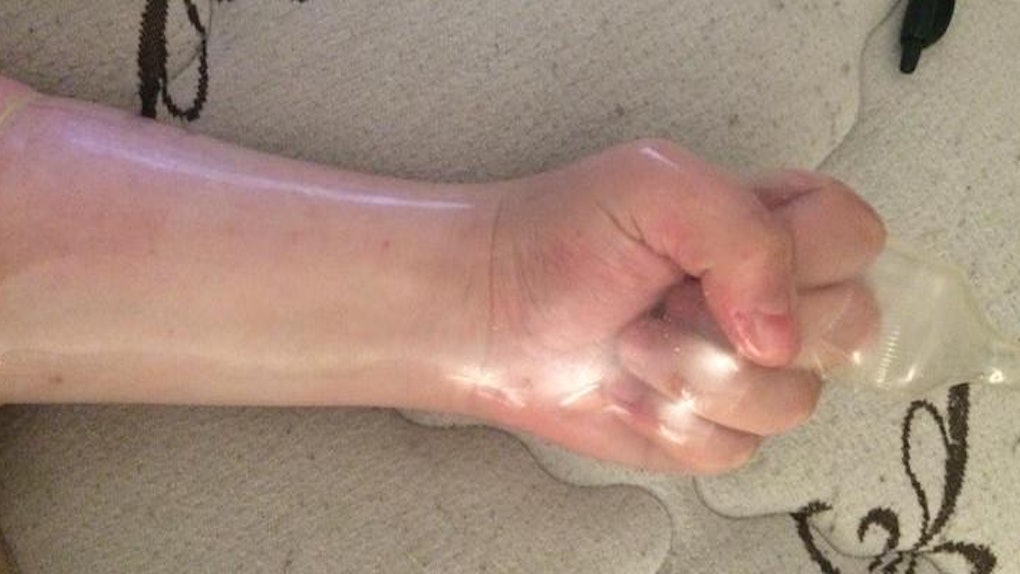 The fact anyone needs to be convinced of the importance of wearing a condom is truly unbelievable.

However, some really smart, cool guys try to get out of wearing condoms by telling their partners their dicks are too big.

My first piece of advice on how to handle a guy saying that to you is to simply reevaluate whom you're about to allow inside your body.

If you're willing to look past his stupidity, then you can show him this tweet from an 18-year-old who teaches contraceptive methods at schools in Utah. She tested this method by putting a condom on her arm.

She included a sweet message, too.

If a boy ever tells you he's too big for a condom, please send him this pic.twitter.com/SBEjF0p7lW — Mousie (@DramaticEmily) July 13, 2015

A condom can literally withstand holding an entire fist.

You should probably go see a doctor if your dick is that big.

And then she dropped some very important information.

@jacoballen9 There's no excuse to not have safe sex and if a guy pressures you against your will for any reason, it's a red flag. — Mousie (@DramaticEmily) July 14, 2015

If that's not enough evidence, you can refer Swedish singer Zara Larsson's Instagram post that shows her fitting a condom on her entire calf.

So, moral of the story: Never let any guy try to fool you into believing his dick is more special than anyone else's.

Citations: This woman proved that no guy is too big for a condom We hope she used some lube (Happy Place)