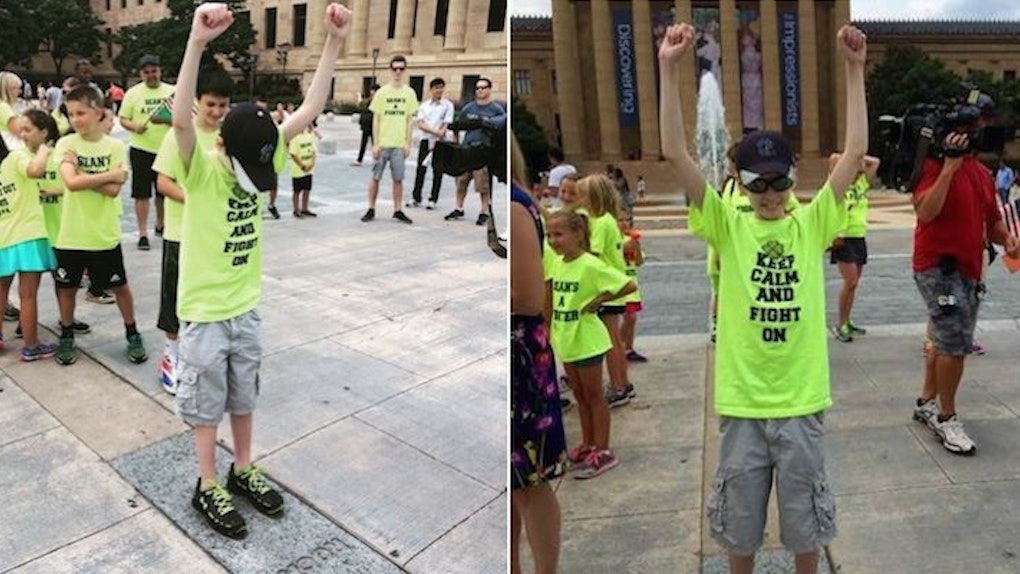 Sean Bartolucci is only 13 years old, and over a year ago, he was diagnosed with cancer.

The teen, who began treatment when doctors found a softball-sized tumor in his abdomen, spent 18 months at the Children’s Hospital of Philadelphia, underwent five rounds of chemotherapy and had a whopping 20 rounds of radiation — plus, a stem cell transplant.

So, what's the first thing he did to celebrate? Sean climbed the famed Rocky Steps at the Philadelphia Museum of Art.

Very tough, but believe it or not, he’s the one who got us through it as much as... we got him through it. And I tell everybody, when I grow up, I'm gonna be half as strong as him, hopefully.

The news segment above covers the eighth grader’s monumental achievement, and it’s nothing short of inspiring.

Take a look up top.