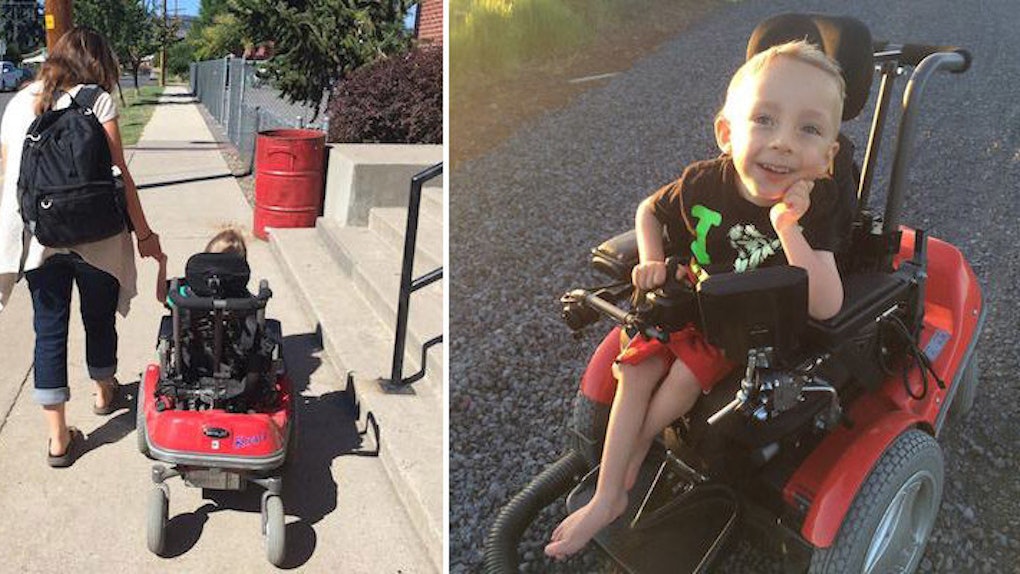 An Oregon teacher is selling his collection of over 1,000 McDonald's Happy Meal toys so a disabled boy can get a new wheelchair.

Logan Roninger, 4, has spinal muscular atrophy, a genetic disease preventing him from walking on his own.

He was diagnosed at 18 months old, and he will eventually face impairments in his ability to eat and breathe, according to TODAY Health.

[The disease] affects his muscle tone and muscle strength, so, when he wasn't crawling as a baby, and wasn't able to sit up, and he didn't start walking, we obviously knew something was going on.

Trisha and her husband are biologists who love the outdoors.

They often take Logan with them when they go fishing, hunting or camping, but his standard power wheelchair is not made for rough terrain.

That's why they are trying to raise money for an off-road wheelchair known as Tankchair.

A YouCaring page and fundraisers by businesses and schools in their town of Klamath Falls earned at least $11,000 so far for the $17,000 wheelchair.

Nat Ellis, who teaches business and marketing at Klamath Union High School, decided to sell his vast toy collection to bring the family closer to the goal.

The collection began 25 years ago when a student put a toy on the teacher's desk.

Another kid put another one, and a couple more came. And then I just started adding to it. There's several toys there that are probably worth $30 to $60 each.

He amassed a total of 1,139 toys -- all of them from the fast food restaurant.

Ellis auctioned off the collection on eBay and attracted a top bid of $103.50.

The winner of the auction, however, reportedly gave the toys back to Ellis so he can seek higher bids in a second auction.

Life's not about us. It's about other people. So the best thing you can do is help as many people as possible.