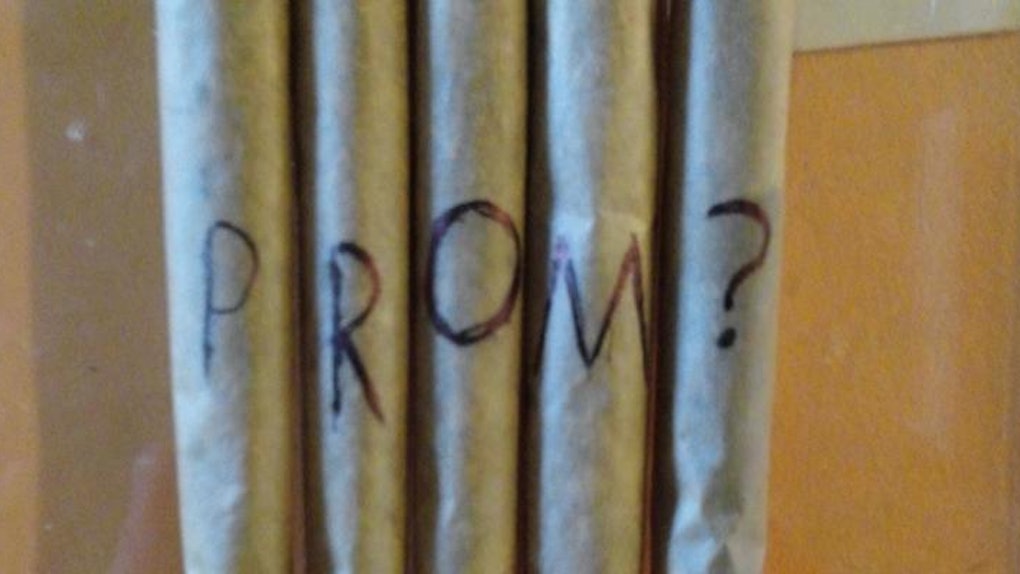 That's not romance in the air, it's just the smell of burning joints.

The joints belong to redditor LegalizeOtt, who recently posted to /r/Trees – Reddit's marijuana community – an unconventional plan for asking a fellow weed enthusiast to prom.

He rolled five enormous joints, then spelled out "PROM?" across them in pen.

It seems the girl had been hinting for the 18-year-old to ask for some time. When he finally asked, she was only too happy to accept.

According to LegalizeOtt, they burned through one and a half joints on the spot.

She said yes, and then we got really high.

The bold guy told the Daily Dot he's planning on bringing a least half an ounce of marijuana to share with a friend at prom.

LegalizeOtt says his date thought his weed-themed promposal was so cute that she posted it to Twitter. He's not sure if she's told her mom yet.