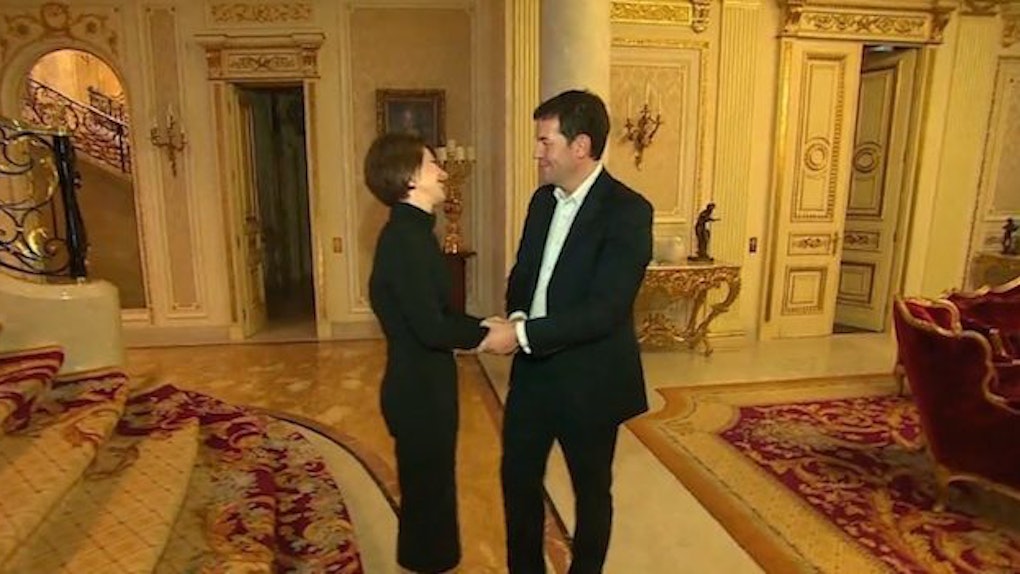 Russia's Richest Man May Lose $7.5 Billion In His Divorce Settlement

The richest man in Russia may lose half his fortune in what could be one of the biggest divorce settlements in history.

The nickel tycoon proposed a settlement that would give Potanina a monthly allowance of $250,000 as well as homes in Moscow, London and New York.

She turned the offer down, however, under the belief she is entitled to much more.

The ex-wife insists she should be awarded half of Potanin's $15 billion fortune because Russian law states all money acquired during a marriage must be split equally between spouses.

Potanina also started a legal battle to claim the wealth Potanin amassed from offshore businesses; she says these brought her husband his greatest earnings.

Potanina hasn't specified what she would do with half of $15 billion, but she has previously revealed the future of her stake in her husband's company.

I want to give my shares to the state. I want to avoid corporate conflicts. I want such a big strategic object to be under the state control.

Vladimir Potanin is the owner of Norilsk Nickel, a company worth over $30 billion.

He has additionally served as Russia's deputy prime minister and was a crucial player in developing the city of Sochi ahead of the 2014 Winter Olympics.

Potanin vowed to give at least half of his fortune to charity when he signed up for The Giving Pledge before the split.

While making the promise, he said,

I also see it as a way to protect my children from the burden of extreme wealth, which may deprive them of any motivation to achieve anything in life on their own.

Other sources of Potanin's wealth include the numerous companies he runs that are involved with transport, infrastructure, pharmaceuticals and ski resorts.