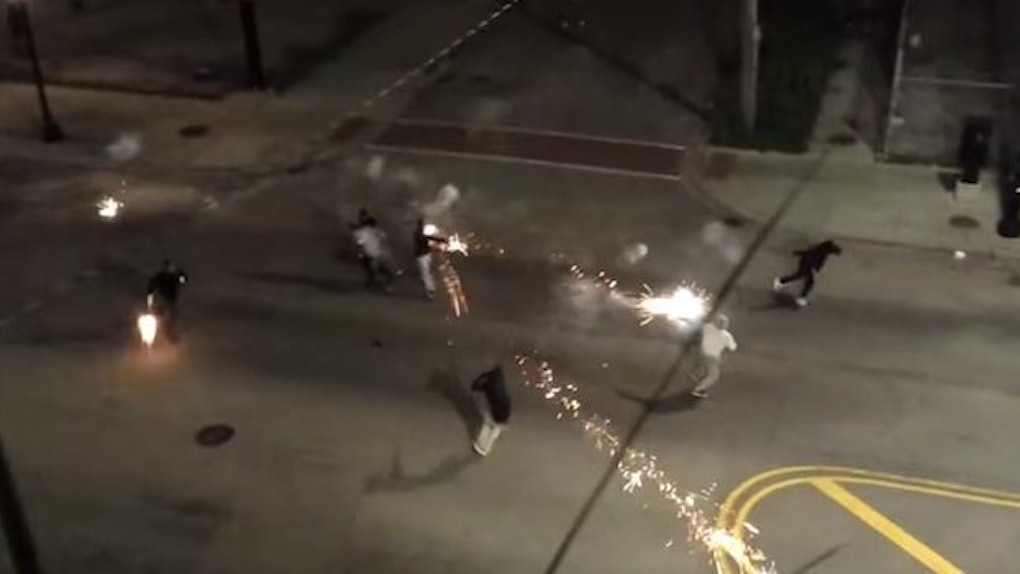 According to Timothy Burke,

You haven't lived if you haven't engaged in the highly dangerous yet thrilling pastime of fighting with fireworks.

This seems like a horrible idea, but the result is pretty much a badass "Harry Potter" street fight.

Burke and his friends used roman candle warfare on Western Ave in Chicago to have what is probably the coolest fight in history.

Watch this video, go buy fireworks and assemble your team.