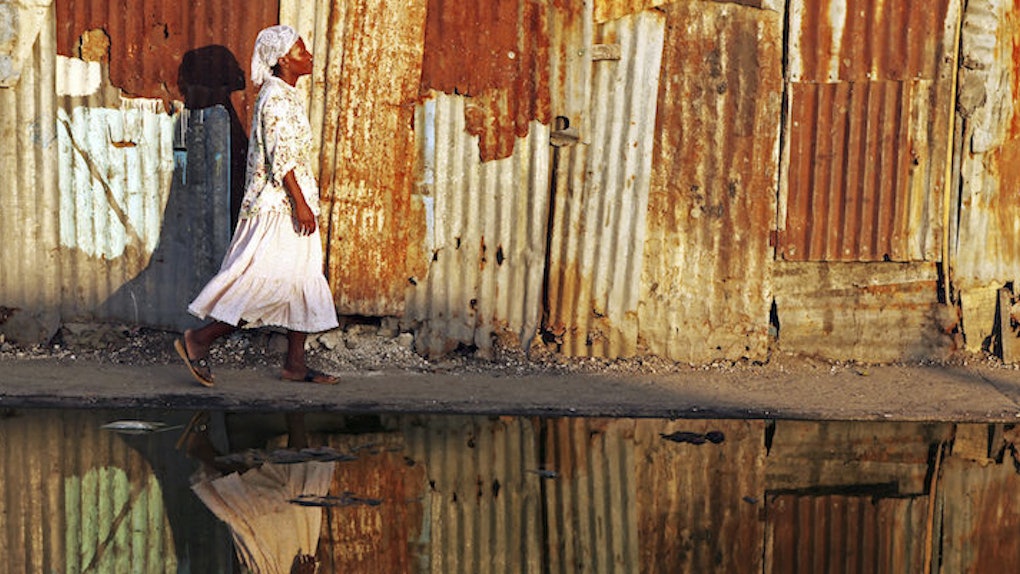 In 2010, a 7.0 magnitude earthquake struck Haiti, killing over 160,000 people and displacing about a million more.

It was a catastrophic event, devastating a nation already imperiled by poverty.

Half a decade later, Haiti is still struggling to recover, and it needs all of the help it can get.

Fortunately, as NPR notes, millions of people donated in the aftermath of this natural calamity.

The American Red Cross, among other humanitarian organizations, has been active in the Caribbean country since the earthquake.

Over the course of this time, it raised around $500 million in relief money.

But a new report, drawn from an investigation conducted by NPR and ProPublica, alleges these funds have been completely mismanaged.

According to the report,

The Red Cross says it has provided homes to more than 130,000 people. But the actual number of permanent homes the group has built in all of Haiti: six.

In other words, the Red Cross raised half a billion dollars for Haiti since the earthquake, yet it only managed to build half a dozen houses.

What's more, it seems to have lied about it.

Jean-Max Bellerive, Haiti's prime minister when the earthquake struck, is deeply confused as to what happened to all of the money the Red Cross raised.

Speaking with ProPublica, he stated,

Indeed, no one really knows exactly where the money went. But according to the report, a lot of it never reached the people who needed it the most.

It seems most of this is due to the Red Cross' lack of expertise in seeing projects through and its payment for other groups and organizations to do its work -- a prevalent but expensive practice within the international aid community.

It also hasn't helped that many of the foreigners working in Haiti with the Red Cross don't speak French or Creole, the local languages, making proper communication and basic organization difficult.

Given the gravity of the situation in Haiti, these revelations are disconcerting, and they call many of the American Red Cross' practices into question.

Justin Elliott, coauthor of the report, told The Guardian many Haitians who've worked with the Red Cross are evidently furious about how the organization mishandled the relief funds.

Based on the details of this new report, they have every reason to be infuriated. Half a billion dollars, allocated for a benevolent purpose, were seemingly squandered.