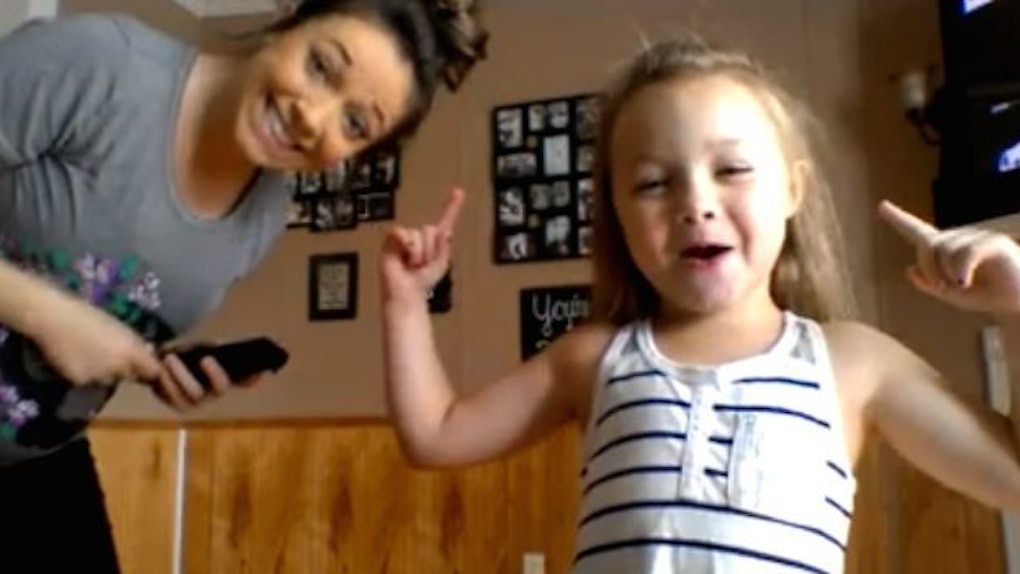 Four days ago, Nikki Taylor and her 6-year-old daughter, Jaylyn, became overnight celebrities when a dance video they made in their living room went viral.

The pair was goofing around at home when they decided to make a video of themselves dancing and send it to Nikki's fiancé, Blaine, to perk him up at work.

The footage of the mommy-daughter pair was so cute, Nikki, who is eight months pregnant, posted the video to Facebook to share with friends.

In a matter of hours, the dancing duo's adorable routine was seen by millions of people.

The video begins with an introduction from little Jaylyn, who announces her mom is going to “rock!”

After the little sweetie's intro, they break it down to Silento's "Watch Me."

Between Nikki's big belly and Jaylyn's youthful exuberance, the ensuing performance is easily the most cheerful thing you'll ever see.

Check it out up top!

Citations: While 8 Months Pregnant This Mom Had An Epic Living Room Dance Sesh With Her Daughter (BuzzFeed)