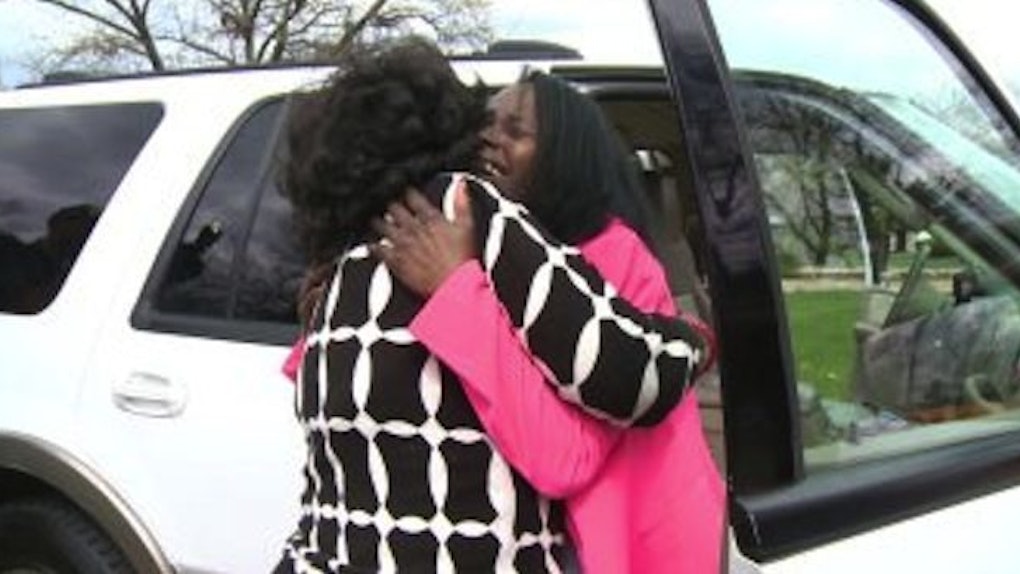 Mother And Her Supposedly-Dead Daughter Reunite After Nearly 50 Years

In 1965, Zella Jackson-Price gave birth to a baby girl, and doctors told her the infant died just hours later.

Nearly 50 years after the fact, Jackson-Price learned her little girl was still alive. Due to some kind of mixup, St. Louis, Missouri's Homer G. Phillips Hospital gave the baby up for adoption.

Melanie Gilmore grew up and had children of her own. Her kids searched for their mother's birth family using a name Gilmore had reportedly been given by her adoptive parents and the magic of the Internet.

They eventually made contact with Jackson-Price and began to suspect they'd finally found Gilmore's missing mother.

After a DNA test confirmed the relationship, Gilmore's children broke the news to their mother with a blindfold, a laptop and overwhelming enthusiasm.

Citations: Mom reunited with daughter 50 years after being told she died (FOX 2)