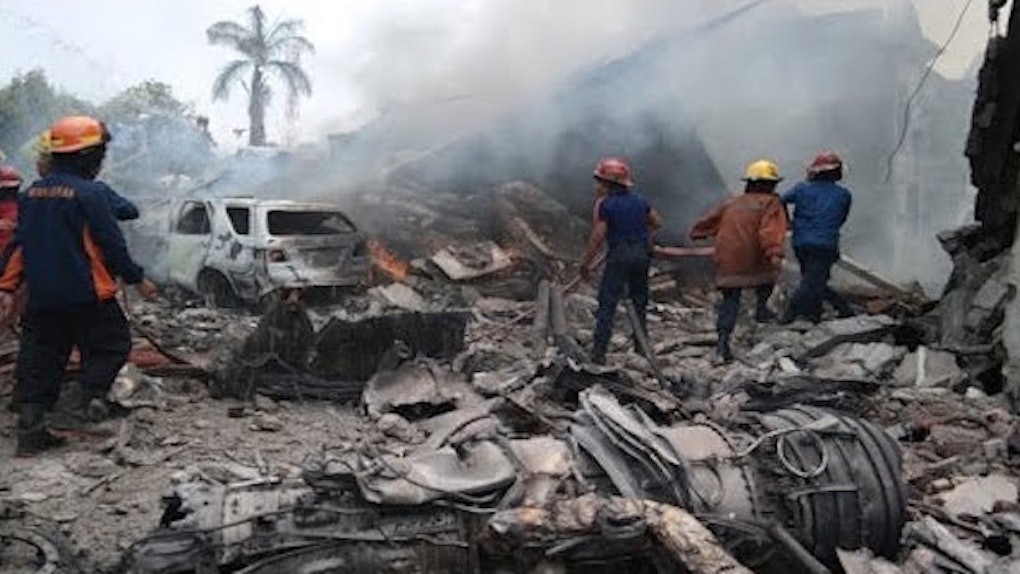 An Indonesian air force transport plane crashed in the city of Medan and reportedly killed at least 116 people.

According to Coconuts Jakarta, officials said the plane, a Hercules C-130, went down on the island of Sumatra shortly after takeoff, ripping through buildings and leaving cars in ruins.

No, no. No survivors, I have just returned from the site.

It is reported 49 bodies have been recovered from the crash site and brought to a local hospital.

Though the full list of casualties hasn't been confirmed by authorities yet, it is believed all 12 crew members and 101 passengers died in the crash.

It is also thought three civilians were killed on the ground after being crushed by debris from affected buildings.

One spokesperson for the Medan airbase said passengers on the plane were most likely the families of servicemen and women.

The 51-year-old plane took off from the base at 12:08 pm GMT, but the pilot asked to return shortly after because of engine trouble, despite the engine being in what Supriatna described as “very good condition.”

Two minutes after liftoff, the plane crashed into the city.

In December, an Indonesia AirAsia plane traveling to Singapore crashed, killing all 162 on board.

May the families be given patience and strength... May we remain protected from disaster.