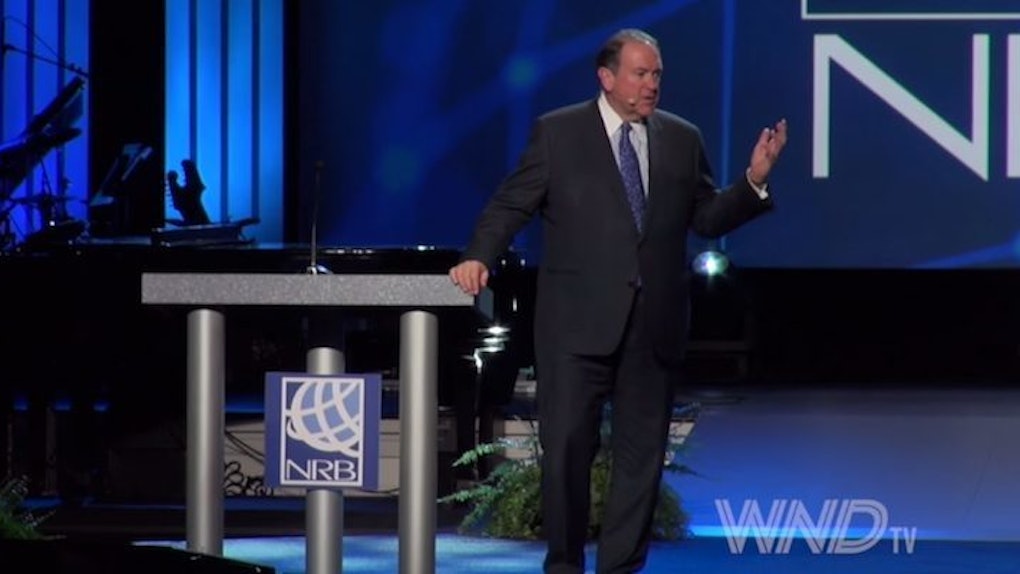 Republican presidential hopeful Mike Huckabee wishes he could have claimed to have been transgender in high school so he could have showered with women.

According to BuzzFeed, the former Arkansas governor displayed his horrific misunderstanding of what it means to be transgender at the 2015 National Religious Broadcasters Convention in Nashville, Tennessee earlier this year.

Now I wish that someone told me that when I was in high school that I could have felt like a woman when it came time to take showers in PE. I'm pretty sure that I would have found my feminine side and said, 'Coach, I think I'd rather shower with the girls today.' You're laughing because it sounds so ridiculous doesn't it?

But what's ridiculous, or rather insane, is Huckabee's suggestion transgender individuals are liars and secret perverts.

It's also safe to say this guy has a pretty dirty mind for an evangelical Christian.

Citations: Huckabee On Transgender People I Wish I Couldve Said I Was Transgender In HS To Shower With The Girls (BuzzFeed)