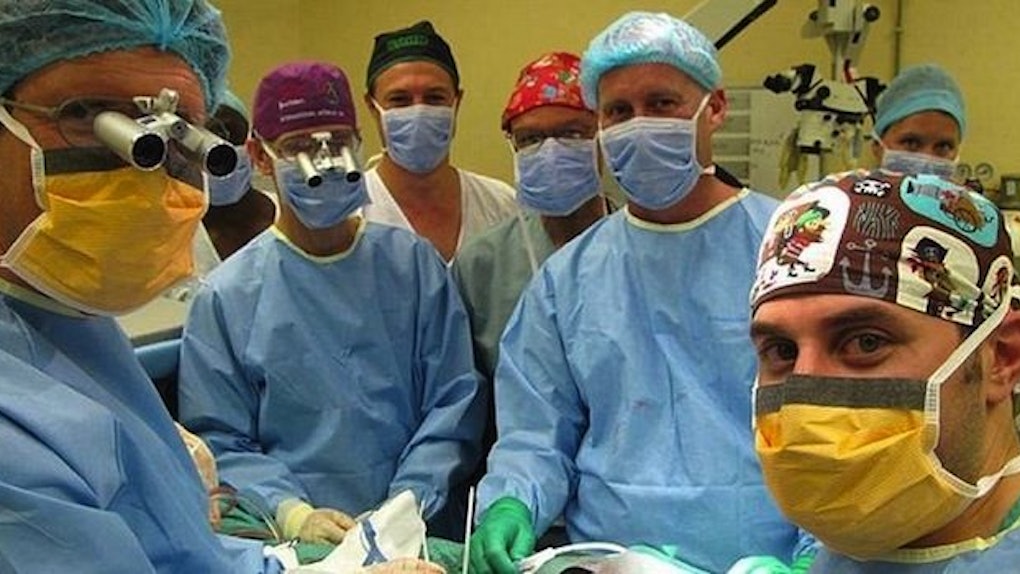 Doctors at Tygerberg Hospital in Cape Town grafted a dead man's penis onto the 21-year-old patient in a nine-hour operation on December 11, 2014.

The recipient lost the majority of his penis in a botched circumcision carried out in a tribal ritual more than three years ago, according to Daily Mail.

His new penis was not expected to be fully functional until December of 2016, but at a public lecture yesterday, the team of doctors at Stellenbosch University that conducted the operation revealed the patient impregnated his girlfriend.

In March, Professor Frank Graewe, who participated in the procedure, noted the man was already recovering much faster than anticipated.

Of the patient, he said,

He gets good quality erections, ejaculates and has frequent sex with his partner.

The patient was able to urinate without a catheter after a follow-up operation and quickly came to view the new penis as "his own," Professor Graewe said, partially because the donor had a similar skin color.

It reportedly took him just five weeks after the transplant to begin regularly having sex with his girlfriend.

The conception solidifies the effectiveness of penis transplants; they may go on to help men suffering from penile cancer or even severe erectile dysfunction.

Nine men are currently scheduled to undergo the procedure.

Approximately 250 African men lose their penises a year in tribal circumcisions performed for decades by the Xhosa tribe in South Africa.

The ritual is also known to cause infections that are responsible for dozens of deaths.

Some of these men may have been saved if there wasn't a significant lack of penis donors, so doctors are actively seeking donors in order to increase the number of procedures.

Citations: Worlds first penis transplant patient is set to become a FATHER after announcing his girlfriend is pregnant (Daily Mail)