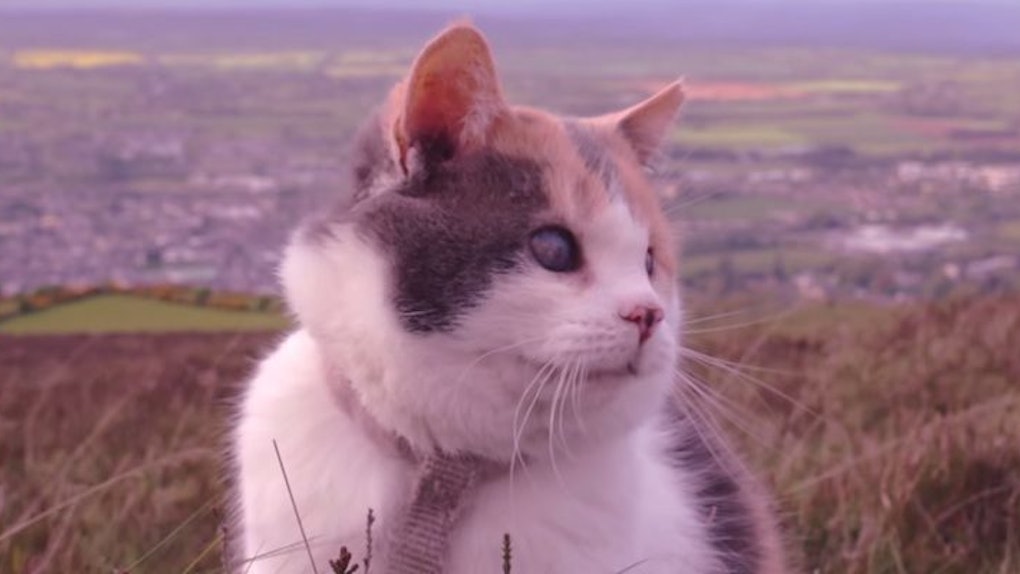 About three years ago, filmmaker Patrick Corr adopted a blind cat from a local animal shelter after learning it was unable to find the sweet kitty a loving home.

Saddened by the lack of interest in the beautiful calico, Corr rescued the cat and named her Stevie.

Corr quickly fell in love with the special feline.

[Stevie is] a remarkable cat who has shown me so much about moving forward in life, despite the obstacles and hardships that come your way.

Stevie's strength inspired Corr so much that soon after adopting her, he decided to use his films to promote animal rescue and adoption.

Corr often creates short films of Stevie to educate others on the difficulties older and disabled animals face, attempting to inspire others to adopt "special" pets.

Recently, Corr took Stevie on a majestic hike through the Comeragh Mountains in Ireland, and he filmed the adventure for one of his videos.

Seeing the blind kitty proudly and confidently trek up the rocky trails is nothing short of miraculous, and it's incredible to see how determined Stevie is to live a good life.

Perhaps, it's because I'm a cat freak (Seriously, I have four.), but this video really moved me.

Citations: The Inspirational Story Of A Man And His Blind Cats Hiking Trip (BuzzFeed)