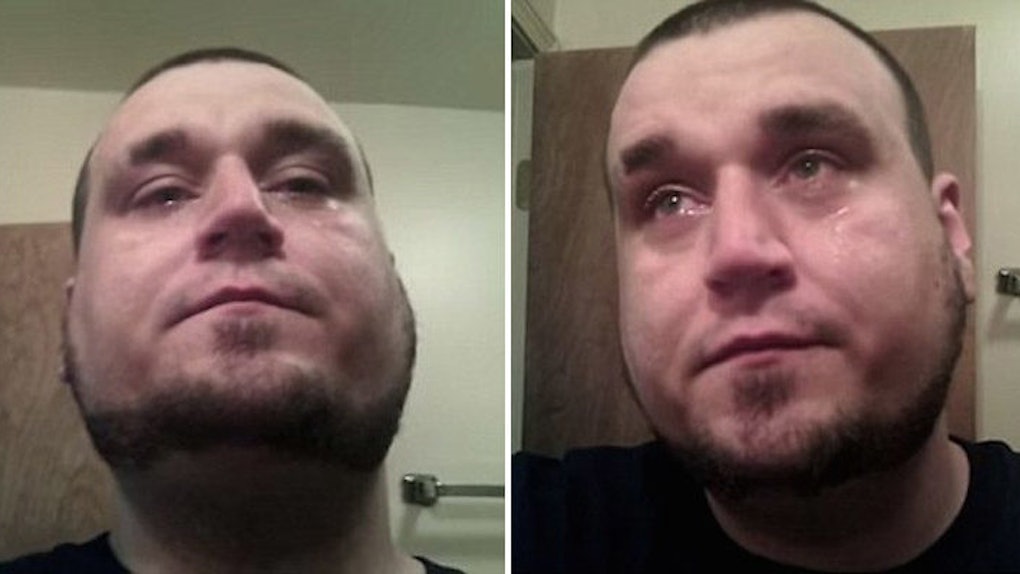 Casey Cahill wants you to know anxiety attacks are real and can be devastatingly debilitating.

The 27-year-old Kentucky native filmed himself coming down from a panic attack and uploaded it to YouTube earlier this month.

Cahill cites the reason for uploading the video as an attempt to raise awareness about this disorder. He wants people to know you can't just “get over” an attack, comparing it to just telling a blind person to see.

Casey explains in the video the attack was brought on because he started a new full-time job and thought people would be judging him at work.

He stopped taking his medicine and suffered more attacks because of it.

In addition to wanting to raise awareness for what an anxiety attack looks like, Cahill also wanted to film himself having a panic attack to remind him later of what happens when he goes off meds.

A Reddit thread of the video has been full of people thanking Cahill for uploading the video. It also is full of commenters who relate to Cahill because of their own anxiety issues.

Earlier this week, a video of a Danielle Jacobs, a lady who trained her dog to help her come down off an Asperger's related panic attack, went viral on the web.

Like with Cahill, the Internet was quick to applaud her for filming and uploading such an intimate part of her life.

Citations: Man shares shocking video of himself suffering a severe and debilitating panic attack online in the hopes of proving that anxiety is a real illnessu2019 (Daily Mail)