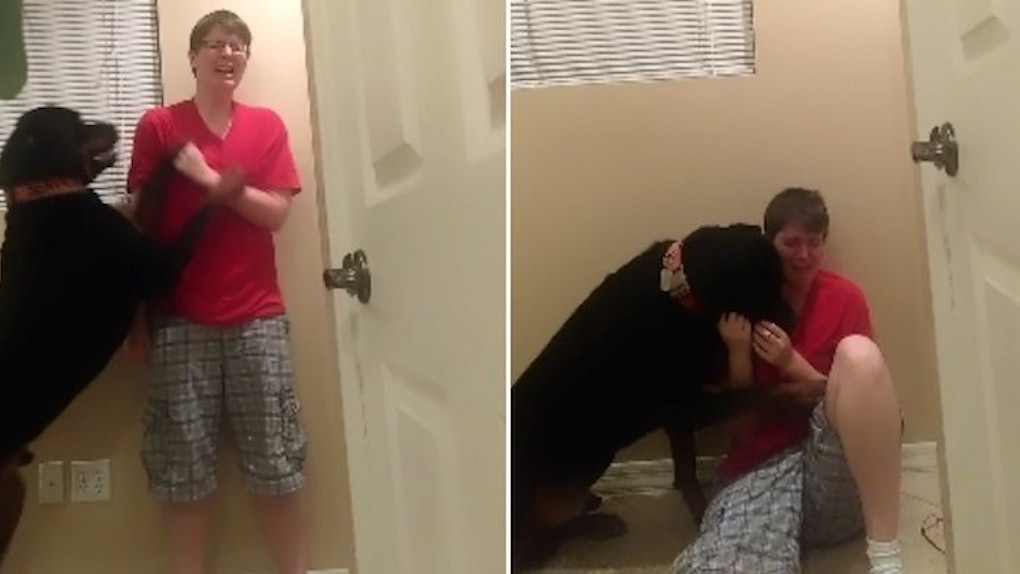 A heartbreaking video, uploaded earlier this month by Danielle, shows how her service dog, Samson, helps her cope when she has an Asperger’s-related meltdown.

According to the video description, Danielle trained Samson to understand when she is having a meltdown in order to help prevent her from causing any harm to herself.

I trained him to alert to depressive episodes and self harm not both but he alerted. It appears the response is late but it's actually supposed to be as I'm coming out of the meltdown as I tend to have a panic attack after.

Though Jacobs was afraid some of the comments on the video would be negative, the overwhelming response to the post was positive, with most commenters praising Jacobs for her bravery in uploading such an intimate video.