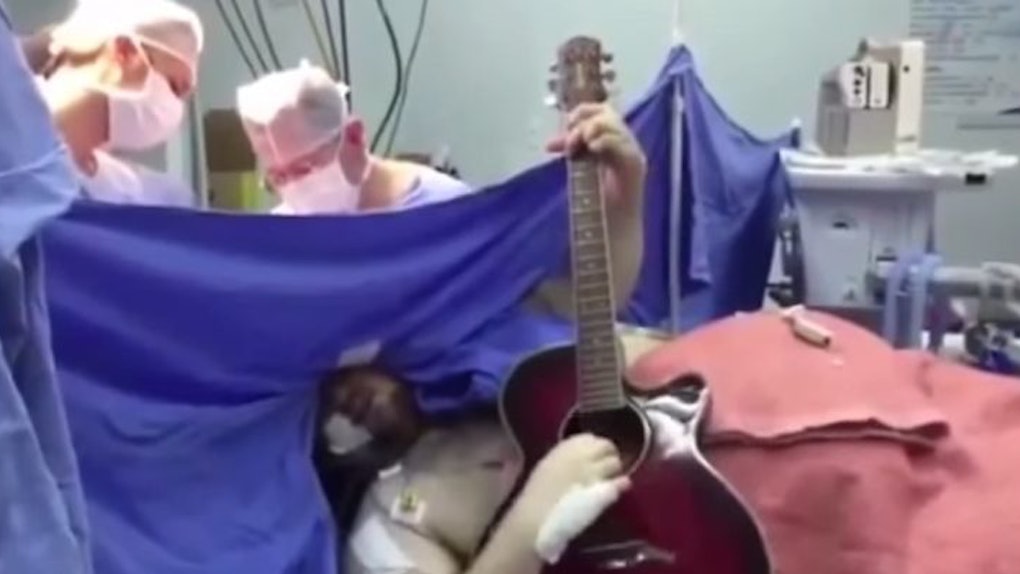 I dare "Grey's Anatomy" writers to come up with a storyline as cool as Anthony Kulkamp Dias' real-life surgery.

The Brazilian man underwent surgery to remove a brain tumor, and in order for doctors to avoid hitting areas of his brain that control senses, movement and speech, they allowed him to consciously play the guitar during the procedure.

He started by playing a song he wrote for his newborn son and then moved on to playing “Yesterday” by The Beatles. He even got an encore after doctors at the Nossa Senhora de Conceição Hospital asked him to repeat a Brazilian country song he already played.

Throughout the surgery, he played six songs as directed by the doctors and intermittently engaged in conversations with them.

Keeping the patient awake during surgery, these areas [of the brain] can be monitored in real time. A kind of mapping of important areas can be done.

Luckily, this surgery was successful, and Dias got to go home and play guitar for his family.

Citations: Never Mind Holding His Hand Brazilian Man Plays The Beatles on His Guitar During BRAIN SURGERY So Doctors Could Monitor for Any Damage (Daily Mail)