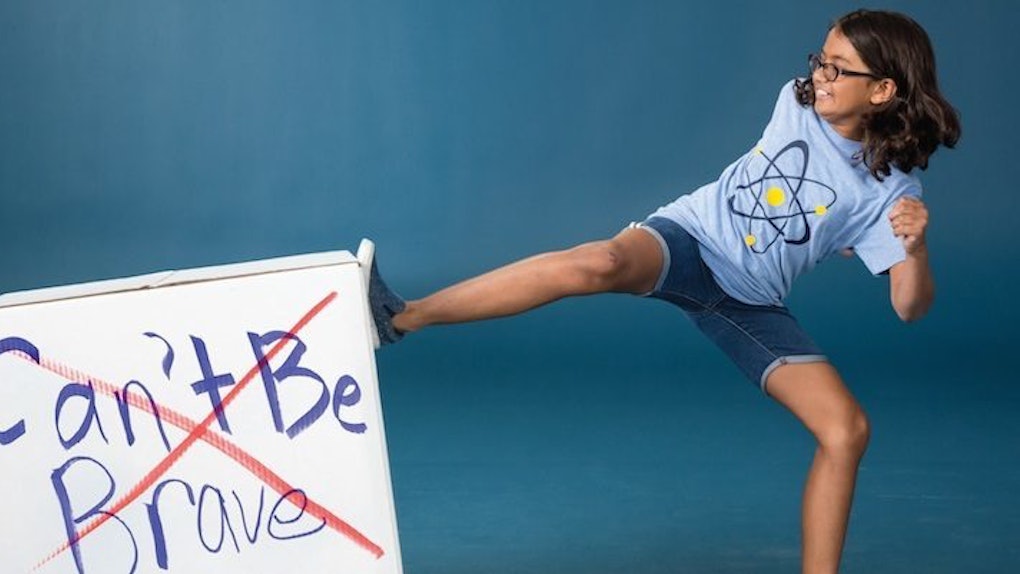 There is no doubt we live in a society that constantly undermines what women and girls can accomplish.

As a follow-up to its #LikeAGirl Super Bowl ad, Always released a new video called “Unstoppable,” which features young women verbalizing the ways they are stifled by society.

The three-minute clip opens with girls admitting they feel like they have been limited by their gender. Then, a line of text appears presenting survey data that reports 72 percent of girls between the ages of 16 and 24 have had the same experiences.

The girls featured in the clip admit to accepting the limitations given to them by society once they hit puberty; whether the girls quit activities or never tried them at all because of gender stereotypes, they all feel like societal limitations inhibited their personal growth.

Later, they are asked about the limitations they feel are imposed on them and told to write them on cardboard boxes.

Some of the boxes had devastating phrases like “can't be brave,” “girls should be perfect” and “unworthy.”

As a powerful metaphor for destroying social constructs, the girls then demolished the boxes with their limitations.

At the end of the video, one girl noted, with tears in her eyes,

I think that you need to keep going with whatever you love to do and do anything you want. You can conquer any fear you've had. Just live your dream and do whatever you want to do. That's why I love the word unstoppable.