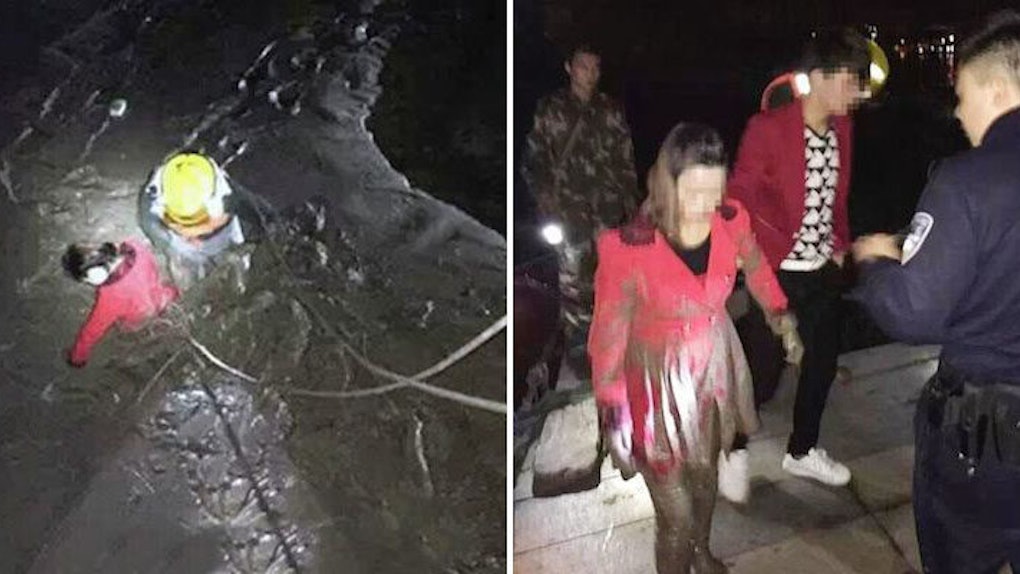 When guys say girls are crazy, they're usually wrong. But every once in a while, you come across a seriously deluded chick — or, in this case, chicks — who make the rest of us normal girls look, well, insane.

The ex, Jun, apparently wouldn't accept her love affair with Wu was over; after weeks of essentially stalking him, the coveted man set up a meeting between him, his ex and his current girlfriend to set the record straight.

They all showed up for the meeting and, naturally, the two chicks began to fight. In an effort to steal back Wu's attention, Jun jumped into the river and begged for him to save her.

It must have seemed as if he would actually jump in to save her (mistake number two) because shortly after, his current girlfriend jumped in too, screaming for Wu to forget the ex and save her instead.

Wu responded by saving his girlfriend and taking her to the hospital, leaving the ex in the water.

He did call his brother to rescue the crazy ex, but we're hoping it took him (and the fire department he called) a little while, so Jun could have a long, long think about how she just royally f*cked womankind.

At least they seem to be physically fine, but mentally I can't say much, there might be a few screws missing. pic.twitter.com/V5jm6mjk3d — Buzzy Hubbington (@Wow_Thats_Cool_) March 18, 2015

Citations: Test Of Love Mans Girlfriend And Ex Partner Jump Into River To See Who He Will Rescue (Mirror )